By Newsroom on July 19, 2016Comments Off on DEW Nation Decide: Pitch Black Voted Winner In DEWcision 2016 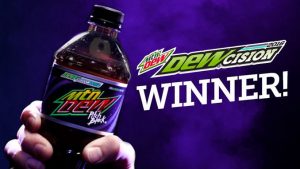 For the past three months, the US has been engaged in a passionate election that has changed the course of history forever: DEWcision 2016.

Members of the Mountain Dew Nation have cast their votes for either Mtn Dew Baja Blast or Mtn Dew Pitch Black, two specialty flavours that developed cult followings over the years, and after months of voting and wild online challenges, the results are now in. With more than 2.9 million votes, Pitch Black has edged out Baja Blast by less than a half of a percent of the total 5,789,284 million votes. Pitch Black has won the election. And Pitch Black will become a permanent member of the Mtn Dew retail lineup, making its debut on shelves this September. 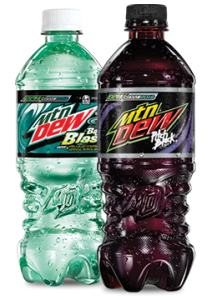 “Over the course of DEWcision 2016, you, the members of the DEW Nation, pulled out all of the stops to show your passion for these two flavours,” said Ryan Collis, senior director of marketing, Mountain Dew.

“You dyed your hair. You built towers. You conquered mountains. Although there could only be one victor, you showed us that neither flavour was going to go out without a fight. And that’s the relentless, unyielding, no-holds-barred spirit that DEW Nation stands for.”

Fans cast their votes on DEWcision.com or Twitter by including one of the following hashtags in their tweets: #VoteBajaBlast or #VotePitchBlack. But to make their votes count for a little something extra, super delegates—or, fans—completed additional challenges. They built pyramids of Pitch Black. They colour-blasted their hair green in the name of Baja Blast. And they bathed with their favourite flavours, posting the images to social media channels to proudly pledge their allegiance.

“No other brand puts more influence into the hands of its fans than Mountain Dew,” said Collis. “For DEWcision 2016, we gave them the power. No cash prizes or fancy incentives, only the reward of their favourite flavour staying on shelves. And they far exceeded our expectations, proving a true example of brand love.” 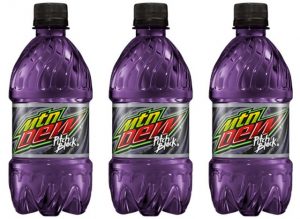 The campaign had a final push in New York City when a supreme manifestation of DEWcision appeared: The DEWggro Crag, powered by The Splat. The challenging climb up the half Pitch Black-purple, half Baja Blast-green mountain combined DEW Nation’s love of competition with their love of 90s nostalgia by paying tribute to the Aggro Crag from the 90s game show GUTS.