By Newsroom on August 13, 2015Comments Off on Diageo Signals Gordon’s Gin Refresh With Anomaly Hire 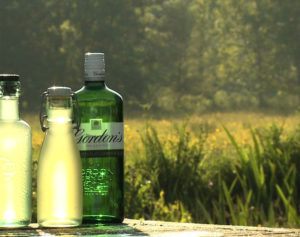 Diageo is set to switch-up the marketing for its Gordon’s Gin brand next year after hiring Anomaly to fit steer its advertising, which was previously handled by BBH.

The account will have more of a strategic slant than its previous iteration, according to a source close the pitch with the gin brand keen to capitalise on the category’s resurgence of late. Campaigns will continue to be handled in-house at Diageo until the end of the year when BBH’s creative will no longer be used.

A spokeswoman from Diageo said: “We will continue to use the creative assets developed by BBH which are delivering strong results for us for on Gordon’s. This brief is for future campaigns from 2016 onwards.”

The appointment comes after Diageo cut its 15-year relationship with BBH earlier this year when it opted to re-pitch the ad accounts for both Gordon’s Gin and Bailey’s.

Anomaly’s hire deepens its ties to Diageo off the back of it winning global creative responsibilities for Johnnie Walker last year. It’s a relationship Diageo will be hoping pushes its gin to new heights after emerging as one of the key beneficiaries of people’s renewed love affair with the old fashioned tipple.

In its annual report, the drinks business named Gordon’s Gin as key to unlocking growth in the UK, a claim backed by an 18 per cent jump in sales of British gin in the last two years alone, according to the Wine and Spirit Trade Association.