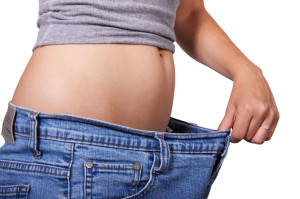 As a new year begins and the thoughts of many Brits turn to the tricky problem of how to alleviate the excesses of the festive season, new research from Mintel reveals we are a nation of dieters, with a massive 55% of Brits – equating to 29 million – having tried to lose weight in the past year.

Today, just 5% of women claim to never think about their weight compared to almost a fifth (17%) of men. But while it is the nation’s women who are the most enthusiastic dieters, with almost two thirds (65%) claiming to have tried to shift some pounds in the last year, four in ten (44%) men also claim the same, showing that ‘weight watching’ is by no means female territory any more.

When it comes to managing weight, those choosing to diet prioritise exercise (60%) over making dietary changes – such as cutting back on fatty foods (49%), eating smaller portions (48%) cutting back on sugary foods and drinks (48%) and reducing dessert intake (41%). In contrast, just a quarter (25%) of dieters eat more products labelled as low in sugar, fat and calories.

“The majority of UK adults have tried to slim down in the last year, reflecting the strong societal focus on weight, size and diet. The fact that exercise tops the nation’s dieting actions reflects high levels of awareness about the importance of exercise to general health and wellbeing, as well as the pleasure that sport gives to many consumers. Increasing physical activity to burn more calories may also make people feel less guilty about eating certain foods which is good news for ‘standard’ brands but is not favourable for light and diet products.” 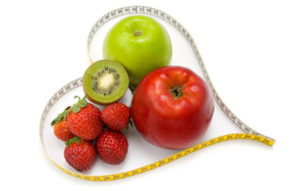 Meanwhile, over one in 10 (13%) of weight managers have kept a written or online food diary – making this the most popular structured approach to dieting, this is followed by using a dieting app (10%). The appeal of popular diets remains niche (8%), as people prefer to take a simpler approach to weight management than adhering to diets. For those who follow a popular diet, the 5:2 diet is now the nation’s favourite, favoured by four in ten (39%) diet followers. The next most popular diets are low carbohydrate diets such as the Atkins (32%) and high protein or low fat diet plans such as Dukan (25%).

And when it comes to healthy eating, Britons are most inclined to associate foods which contribute to their recommended five-a-day (45%) with healthiness. This is followed by low fat or fat free (42%) and low sugar or sugar free foods (42%). However, it seems light and diet claims are failing to register with most consumers when they look for healthy foods, even among consumers who have tried to lose weight in the last year, only just over a quarter (27%) opt for ‘light’ or ‘diet’ foods when eating healthily.

“The ‘five-a-day’ message, has gained widespread traction in the UK and consumers are most likely to associate foods which count towards it with being healthy. Light and diet claims are failing to register on most consumers’ radars when they look for healthy foods, with consumers preferring more tangible claims relating to fat, sugar and calorie content.” Emma continues.

While the large – and growing – pool of dieters in the UK should be a boom for the diet food market, sales of diet food increased by a marginal 7% between 2008 and 2013 to £1.8 billion. Sales dipped 1% in 2012 and then went on to increase a marginal 2% in 2013. Both biscuits and yogurts have been strong performing sectors, with annual growth rates for 2013 forecast to be 7% and 12% respectively. 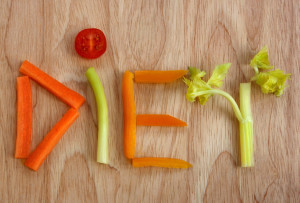 In addition, a number of negative connotations related to diet food products and consumers preferring other means of weight loss continue to hamper growth in the market. These include worries about the ingredients or artificial sweeteners which go into these foods (59%), doubts over significant differences in calories between these and their standard alternatives (55%), the perception of small serving sizes (51%) and distrust that diet brands provide nutritious food  – just 32% trust such brands to make nutritious food.

“Sales of diet and weight control foods are struggling, which is at odds with the huge consumer interest in losing weight, framed by rising levels of obesity. There is a myriad of other routes towards weight loss that consumers prefer over buying ‘light’ or ‘diet’ food, with exercising more being the most popular, furthermore, the market is hampered by negative perceptions in terms of healthiness and portion sizes.” concludes Emma.

But those consumers who may find new year’s resolutions of dieting hard going are not alone – of those who have tried dieting over the past year, one in five (19%) claim that they don’t have the willpower to stick to the diet for very long, around a third (29%) that they find it hard to eat healthily when eating out and over one in 10 (13%) that their busy lifestyle makes it too hard to stick to a diet.