By Newsroom on September 12, 2013Comments Off on Doritos Brand Takes Crash The Super Bowl Contest Global

The Doritos brand revealed that its Crash the Super Bowl contest — where consumers compete to have their own Doritos ads air in front of a television audience of millions — will be open to fans around the world.

As part of this year’s contest, two lucky winners will see their ads air during Super Bowl XLVIII, the pinnacle of television advertising. The creators of the two finalist ads will each win the opportunity to work with Marvel Studios on the set of “Marvel’s The Avengers: Age of Ultron,” the highly anticipated sequel to the 2012 blockbuster “Marvel’s The Avengers,” which became the third-highest-grossing movie of all time worldwide.

The creator of the ad that receives the most fan votes will also win $1 million in prize money. This marks the first time Doritos, one of the flagship brands from PepsiCo’s Frito-Lay division, has guaranteed a cash prize of this magnitude. 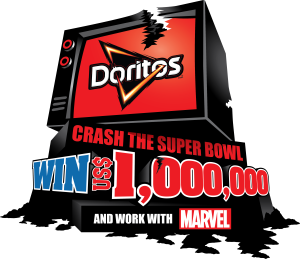 Since 2007, the annual Crash the Super Bowl contest has invited U.S. consumers to create and submit 30-second homemade ads celebrating their love of Doritos tortilla chips. For this year’s contest, adults from anywhere in the world where Doritos tortilla chips are sold can compete. A qualified panel of judges, including executives from the Doritos brand, advertising professionals and the legendary Stan Lee of Pow! Entertainment — chairman emeritus of Marvel Studios and creator of such Super Heroes as Iron Man, Spider-Man and others — will select five finalist ads. From there, the world will be invited to vote for their favorite.

Ultimately, two spots will air during the Super Bowl broadcast — one will be selected by fan votes on www.doritos.com and the other by the Doritos brand. The creators of both winning ads will receive the opportunity to work on the set of “Marvel’s The Avengers: Age of Ultron” and the ad with the highest total number of votes will win its creator the $1 million grand prize. The runner-up will receive $50,000.

“Incredible content has no geographical boundaries,” said Ann Mukherjee, senior vice president and chief marketing officer, PepsiCo’s Frito-Lay division. “As a brand that spans 46 countries on six continents, we know firsthand that regardless of where our fans are located, they are all about seizing the moment and making an impact in the boldest way possible. With Crash the Super Bowl, we’re now delivering an unprecedented opportunity for fans around the globe to share their talent and creativity on one of the world’s largest advertising stages.”

Since Crash the Super Bowl was first introduced, the Doritos brand has seen consumers create more than 20,000 ad submissions with the winning spots consistently ranking among the most memorable and buzzed-about Super Bowl commercials. As a result, the creators of these top-ranked winning ads have been awarded millions of dollars in grand prize money and have gone on to receive commercial work, Hollywood representation and other life-changing experiences. 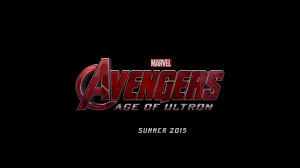 This year’s winners will have the career-altering opportunity to work with Marvel Studios on the set of “Marvel’s The Avengers: Age of Ultron.” Marvel Studios, a division of Marvel Entertainment, produces movies based on the world’s most prominent and iconic comic books. With a library of more than 8,000 characters, Marvel Studios has created such blockbuster film franchises as Marvel’s “Iron Man,” “The Incredible Hulk,” “Thor,” “Captain America,” and “Marvel’s The Avengers.” Marvel Entertainment is a wholly owned subsidiary of The Walt Disney Company.

“Marvel is all about creating unique characters, telling intriguing stories and engaging audiences in the boldest ways possible, which is what the Crash the Super Bowl contest does for Doritos fans and makes this collaboration so powerful,” said Stan Lee. “The winners of this contest will have the incredible opportunity to not only see their work broadcast to millions on the Super Bowl, but also become a part of the Marvel family and work with some of the most dynamic talents in the entertainment industry today.”

The worldwide expansion of the Crash the Super Bowl contest comes as the filmmaking community continues to build its global footprint, with aspiring directors and artists around the world seeking opportunities to break into the entertainment business and make their mark. In the last decade alone, total box office spending has risen by one-third in North America while more than doubling in other parts of the world. And with top-ranked film schools located in cities, such as Beijing, Sydney, Munich and Prague, an abundance of cinematic talent is coming from every corner of the globe. 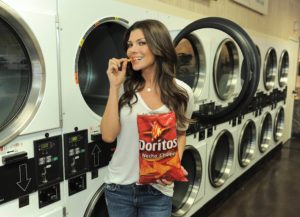 Each of the five Crash the Super Bowl finalists will win an invitation to Rutherford, N.J., to attend Super Bowl XLVIII and watch the game from a private luxury suite, where they will tune in to learn which finalist ads will air for the world’s attention. The three finalists whose commercials don’t air during the broadcast will each win $25,000. The Super Bowl XLVIII broadcast is set for Sunday, Feb. 2, 2014, on FOX.

As one of the leading snack brands in the world, Doritos has a presence in 46 countries and six continents. With flavors ranging from Nacho Cheese and Cool Ranch to Sweet Chili Pepper and Tangy Cheese, the worldwide Doritos portfolio currently offers more than 70 unique varieties.

PepsiCo’s relationship with the NFL is among the company’s longest-running and most-successful sports sponsorships. PepsiCo will leverage its relationship with the NFL to connect with consumers throughout the season with activations spanning many of the company’s largest food and beverage brands, including Pepsi, Tostitos, Quaker, Doritos and Gatorade.