Dos Equis Taps Into Tech To Bring Masquerade To Life

By Newsroom on September 29, 2014Comments Off on Dos Equis Taps Into Tech To Bring Masquerade To Life 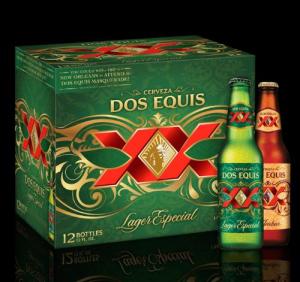 Halloween is the time of year where masks are worn and people enter new worlds of discovery – and Dos Equis is here to heighten those senses even further by helping fans explore their more interesting side.

Dos Equis launched the brand’s 2014 Masquerade program with incredible parties, virtual reality experiences, a national contest and limited-edition bottles. The Dos Equis Masquerade is part of an ongoing commitment to help fans 21 and older “Stay Thirsty” during the Halloween season by unmasking their alter ego.

Tapping into the latest innovative technology, Dos Equis will bring an immersive one-of-a-kind virtual reality Masquerade experience to bars across the U.S. This VR experience will allow fans to don a headset and enter into a virtual Masquerade as The Most Interesting Man’s guest of honor, encountering the unexpected and unusual. 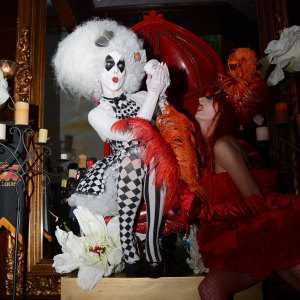 The brand will also release an additional interactive digital video in October that gives fans the opportunity to help The Most Interesting Man find his “little black book”. The video features several choices that give the viewer control over the narrative. Based on the path the viewer chooses, they’ll be able control the direction of the plot while launching new vignettes.

Dos Equis is also giving six fans, 21 and older, a chance to win an all-expense paid trip for two to New Orleans to meet The Most Interesting Man and celebrate with legendary artist Q-Tip on November 22, 2014.

Through October 31, fans can enter the contest by posting Masquerade and Halloween photos to Instagram using #XXMasquerade or by uploading them here. Fans can also enter by purchasing Dos Equis and texting/emailing a photo of their receipt to XX@DESWEEP.com. Every photo posted, uploaded or texted/emailed represents another chance to win. 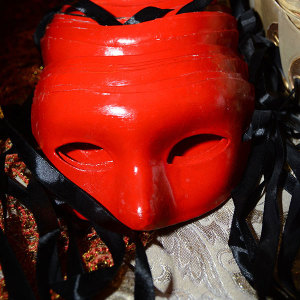 “For Dos Equis, it’s the unique twist that we put on everything we do that makes the brand stand out. Cutting-edge virtual reality technology offers the chance for thousands of consumers to experience the intrigue and surprises of the Most Interesting Man’s Masquerade party,” said Gwendolyn Boyce, Brand Director for Dos Equis.

As part of this year’s Masquerade, The Most Interesting Man will be featured in a campaign-themed commercial slated to run through October. The 15-second spot features the icon offering his take on Masquerade Parties: “Sometimes it’s best to be yourself. This is not one of those times.”

Dos Equis will also rollout two limited-edition label designs for its Lager and Ambar brews. Each pack and bottle will feature new branding, that too, is donning its own mask. The brand will also sponsor several Halloween-themed events nationwide, including Music Midtown, Life is Beautiful, Pacific Beachfest, ALONE, Monster Bash and HARD Day of the Dead.

Dos Equis Taps Into Tech To Bring Masquerade To Life added by Newsroom on September 29, 2014
View all posts by Newsroom →