In November 2016, Droga5 presented Rustlers microwave snacks as part of why it’s great to be alive now – its ad, 80 Years of Torment, reminding audiences of the crappy things that punctuated the past of an eighty year old man – child labour, getting the cane at school, the Great Depression, conscription and aerobics classes in lycra among them.

The agency has continued the theme in 2017, in an even more surprising way.

Droga5’s new Rustlers campaign is a VR tour of London in 1952 – a stereoscopic walking tour through the city’s famous sights. But in 1952, London was blanketed by smog.

So all the viewer can see in the virtual tour, that takes them to sights such as Waterloo Bridge, St Paul’s Cathedral, Big Ben, The Palace of Westminster and HMS Belfast, is their feet when they look downward. Accompanying the cloudy view is a cheery walking tour voiceover, pointing out all the things that can’t be seen through the smog. 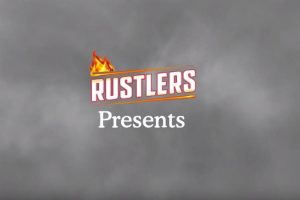 To make the tour even more realistic, Droga5 implemented a binaural 360 reactionary soundbed which emulates the workings of the human head. Users can hear sounds from left and right ears at different times which creates the illusion of three-dimensional audio.

The aim, once again, is to impress on millennials that compared to their predecessors, they have it pretty good. They have Rustlers.

Droga5 creative director, David Kolbusz, commented, “VR is the future. Rustlers is the present. London’s Great Smog is the past. We’ve taken past, present, and future and fused them together to bring you one of the most technologically advanced experiences you’re likely to have all afternoon.”