By Newsroom on November 12, 2018Comments Off on Finnish Brewery Creates Beer Honouring US Troops Who Drank Iceland Dry 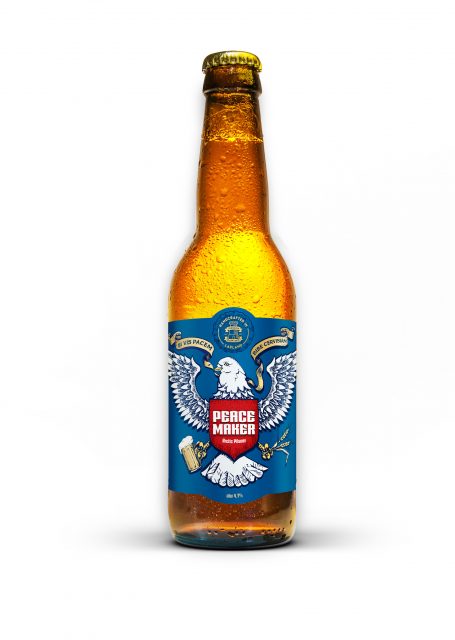 Finish brewery Tornion Panimo has made a beer celebrating NATO troops who caused Reykjavik’s bars to run out of beer this month during a four-day exercise in Iceland.

On 25 October to 7 November, NATO organised the biggest military exercise since the cold war. The NATO-led Trident Juncture 18 war game took place in Norway and involved 50,000 soldiers from 31 nations, 10,000 vehicles, 250 aircraft, and 65 vessels.

Whatever the true objectives of NATO may have been for this exercise it only revealed its biggest weakness, beer. When 7,000 U.S. military personnel stopped in Reykjavik and managed to dry out the whole capital, there were some serious concerns if Norway could handle NATO’s thirsty troops. When the world’s most powerful intergovernmental military alliance goes to a bar, it’s no joke.

According to local media, the city’s bars seemed wholly unprepared for the arrival of the military, having not stockpiled for the Americans’ four-day stay. One brewery in Iceland was forced to send out emergency supplies. 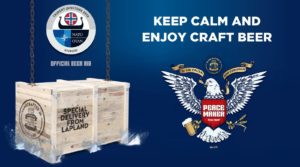 “We noticed that the situation was dire. We were worried that if the soldiers run out of beer again, they might get into some serious trouble,”said Kaj Kostiander, the managing director of Finish brewery Tornion Panimo. “We are on the side of peace, and that is why we quickly decided to deploy our Peacemaker Arctic Pilsner.”

This is not the first time Finnish brewers have attempted to solve pressing global issues. Earlier this year another Finnish brewery made a beer to mark the Trump-Putin Summit in July 2018, called Let’s Settle This Like Adults.

“Peace is important to Finns. Finland is a member of the OSCE (Organisation for Security and Cooperation in Europe, and we also have Martti Ahtisaari (Finland’s former president and a Nobel Peace Prize laureate). So, we are a very peace-loving nation,” Kostiander said. “In the Nordic countries, we believe in camaraderie and helping one another. We like Norway, so that’s why we wanted to aid our neighbours in case of a beer shortage.”

An initial 1,000-litre batch was first to go, but Konstiander said there is still 12,000 liters of beer in the pipeline. On the beer label is a symbolic dove, carrying a ribbon that says “si vis pacem, bibe cervisiam” (latin for: if you want peace, drink beer).

Due to strict and tedious alcohol import regulations the Peacemaker Arctic Pilsner didn’t actually reach the NATO troops in Norway, but the beer was given to local military headquarters such as the Lapland Air Command, which hosted some international guests during the NATO exercise.