By Newsroom on July 27, 2016Comments Off on Food & Google Come Together in #EveryoneSpeaksFood Experiment 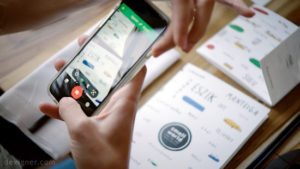 m ss ng p eces conceived the pop up restaurant idea with Google, designed all branding components, and produced every aspect of the experience, telling the vibrant story of the experiential event in the #EveryoneSpeaksFood film.

The project was helmed by PARTY Executive Creative Director Masa Kawamura, who had recently joined the m ss ng p eces roster. Executive Producer Kate Oppenheim explained the impetus for the campaign, “Everyone Speaks Food is an idea that celebrates the connections that we build over a meal and the richness of food cultures around in the world. We were inspired by the way that Google Translate creates functional and personal connects between people everywhere.” 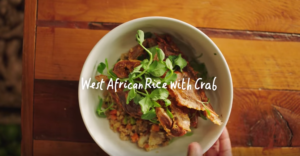 When Google approached the production company, the brief was starkly simple: create an experience that celebrates Google Translate’s ability to bridge cultural divides. Cam Luby, head of the cultural activations for Google’s brand marketing explains, “There is something very unique in how Google Translate can break down cultural barriers. Behind best-in-class AI is a very simple product that addresses one of the biggest obstacles to universal understanding: language. We wanted to demonstrate this to people in a simple and relatable way. The culinary metaphor was the perfect stage to demonstrate the role of our technology.” 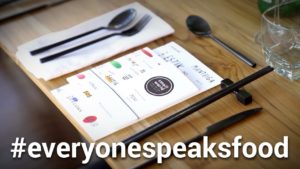 The resulting #EveryoneSpeaksFood campaign was a multi-faceted event experience which goes far beyond the tasks normally performed by a production company. Creativity was deployed on all elements of guest interactivity and engagement, and event details no matter how small, including the menu, decor, posters, the website and a globally inspired playlist. There was even a very special (and very popular) Small World donut cart, which distributed over 30,000 donuts to passing New Yorkers and prompted millions of organic social media impressions through Instagram, and custom Snapchat geo-filters.

Highlighting tasty dishes inspired by dozens of global cultures, artfully prepared by a cadre of 18 acclaimed chefs, the film piques interest in a pop up café featuring menus in multiple languages (necessitating diner’s use of Google Translate), and meals incorporating dishes from cuisines as far flung as Israel, Korea, Italy, Sweden and Ireland. The surprise and delight diners experience during this ‘very tasty experiment’ in New York City are all fodder for Nussbaum’s 2:44 film, which places the viewer right at the flavorful heart of the pop up.

Food & Google Come Together in #EveryoneSpeaksFood Experiment added by Newsroom on July 27, 2016
View all posts by Newsroom →