By Newsroom on May 3, 2017Comments Off on Gatorade Celebrates G Active Launch with Pop-up HydroGym on Sydney Harbour 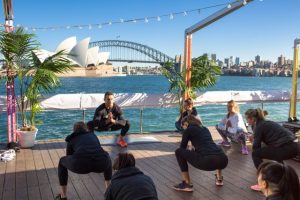 Gatorade has collaborated with TBWA Sydney and Eleven on the launch of its new sugar free electrolyte water – G Active – to inspire Aussies to get active.

To kick things off, an exclusive fitness hotspot was launched last weekend. Located on the stunning Sydney Harbour, the G Active HydroGym was a pop-up floating fitness destination, completely surrounded by water and set against the iconic backdrop of the Harbour. However, to gain access participants had to earn their entry by pledging to get active. 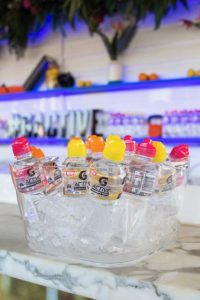 The campaign includes PR, TV, digital, social and gym media and targets everyday exercisers who think carefully about what they put in their bodies and keep fitness a priority.

Jamie Bruce, marketing manager, Gatorade said: “G Active is formulated for fitness enthusiasts who lead busy work and home lives. They think carefully about what they put in their bodies and still manage to keep fitness a priority – G Active works to support their active, balanced lives. We wanted to establish G Active as the smart hydration choice for busy lifestyles. This campaign was designed to get Aussies active and thinking about their fitness in a new way.” 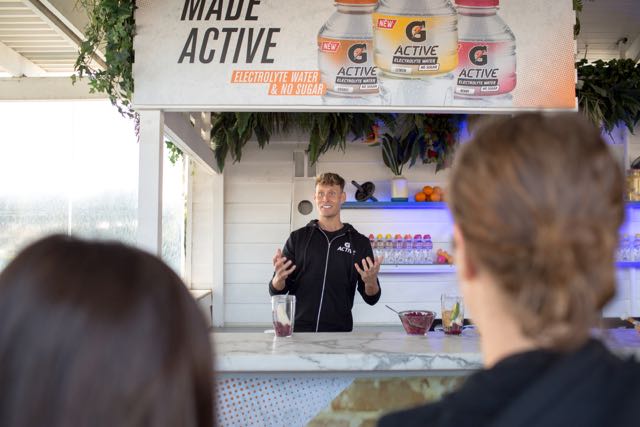 Nitsa Lotus, managing director, TBWA Sydney: “The launch of this campaign celebrates active lives with a unique chance to workout on a location like no other, on Sydney Harbour with some of Aussies favourite fitness experts. It came with a catch – participants had to earn their place with exercise.”

New G Active is now available in store in all major retailers in the functional water category.

Gatorade Celebrates G Active Launch with Pop-up HydroGym on Sydney Harbour added by Newsroom on May 3, 2017
View all posts by Newsroom →