By Newsroom on March 16, 2016Comments Off on Global Interest in UK Independent Craft Beer at an All-Time High 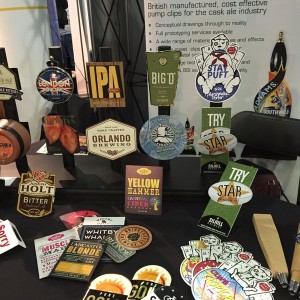 British independent craft beer is in high demand on the global market according to UK Trade & Investment (UKTI) Yorkshire and the Humber and the Society for Independent Brewers (SIBA).

BeerX has incorporated the international export activity into the packed roster of events following huge demand from buyers from beer brewing powerhouse countries such as Belgium, Germany and the Czech Republic, as well as other markets including China, Iceland, Greece, Ukraine. France, Australia, Denmark, Cyprus, Sweden and India.

“British independent craft brewers are seizing the global demand for their flavoursome, unique beers with both hands and exporting in higher numbers than ever before. The sessions being run by UKTi at BeerX are designed to create a platform for SIBA’s members looking to begin exporting, or increase the markets they already sell to, to speak directly with international buyers,” said Mike Benner, SIBA Managing Director.

“The record breaking attendance reflects recent research by UKTI which showed about 75 per cent of food and drink exporters expected overseas sales to increase over the next quarter.”

Stephen said expert advice on the development of specific markets followed by licensing, regulation and documentation were among the areas of most interest for food and drink companies seeking expert guidance from UKTI trade advisors.

With more than 300 breweries in attendance, BeerX promises to be a true showcase of the best beer from the UK’s independent craft brewers and runs from the 16th to the 19th of March at iceSheffield.

Global Interest in UK Independent Craft Beer at an All-Time High added by Newsroom on March 16, 2016
View all posts by Newsroom →