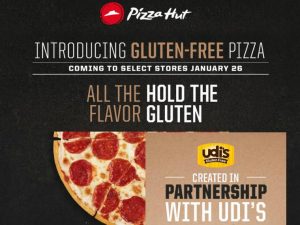 As National Pizza Days kicks off across the pond in the United States on February 9th, it seems that around the world consumers may be looking to treat themselves to a less conventional slice of the American favourite. Indeed, new research from Mintel finds that following consumer demand, the number of pizzas launched globally with a gluten-free claim soared 58% between 2012 and 2015. What’s more, the number of pizza launches containing rice flour as an alternative ingredient to wheat increased from 78% to 90% between 2014 and 2015. 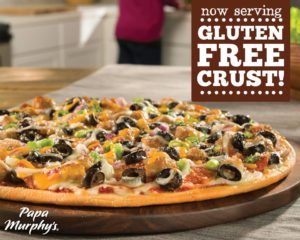 Alex Beckett, Global Food and Drink Analyst at Mintel, says: “With gluten-free having become something of a lifestyle choice in Western countries, especially among younger generations, it is no surprise that a growing base of consumers are buying into gluten-free pizza. However, as pizza is an inherently indulgent food, manufacturers need to magnify the quality appeal of their wheat-free pizzas and convince consumers that the taste and texture of wheat-free alternatives is akin to regular pizza.”

Mintel research indicates that innovation in lactose-free claims could be the next step for pizza launches. Almost half (47%) of consumers in Spain say they’d like to see a wider variety of dairy-free pizzas, followed by 39% of consumers in Italy, 31% in Poland, 30% in France and 20% in Germany.

France overtakes the US as the busiest market for launch activity 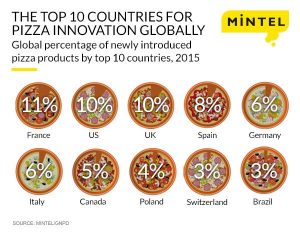 While there is certainly a lot of activity going on in the global pizza market right now, what’s surprising is that even though the US has held the crown as the most innovative pizza market for years, France now leads the way in retail pizza launch activity. Indeed, Mintel research reveals that France is responsible for the largest slice of pizza product innovation in 2015, accounting for 11% of all new pizza launches, up from 9% in 2011. Meanwhile, the global share of newly introduced pizza products in the US has almost halved over the same period; the US accounted for one in ten (10%) new pizza launches globally in 2015, compared to one in five (19%) in 2011.

What’s more, whilst over one in four (28%) pizzas launched in 2011 came from North America, the drop in product innovation in this region means that overall North America accounted for just one in six (15%) pizza launches in 2015. Indeed, Europe dominated the sector in 2015 accounting for nearly two thirds (65%) of launch activity, up from 58% in 2011.

“It is unlikely that the US retail pizza sector will look back on 2015 with much fondness. With the economy looking brighter, consumers have been trading up and out of retail pizza, to more expensive delivery and foodservice options. As a result of this, and the rapid growth of fast casual pizza chains, frozen pizza makers have been under huge pressure in the region. In Europe, however, retail pizza brands have been investing in premiumisation to help compete with the threat from the out-of-home channel, therefore boosting launch activity,” Alex adds.

Whilst the US has been battling with consumers upgrading their slices for more foodservice options, there seems to be a growing opportunity in the premium tier of the retail market. Mintel research shows that nearly three in five (58%) US pizza eaters claim that they would buy more frozen pizza if it had more premium or gourmet ingredients, rising to 72% of 25-34 year olds. What’s more, over half (55%) of US consumers agree that they’d buy more frozen pizza if it wasn’t so processed.

“Increasing urbanization in developing markets is driving ownership of microwaves ovens – and with it the consumption of microwavable pizza. It is noticeable that many of the retail pizzas which have launched in Asia-Pacific in 2015 have sought to appeal to the specific tastes and needs of the country’s consumers. As such, a number of Asian-based manufacturers offer toppings with a local flavour twist as part of their ranges, as demonstrated by a number of tom yum-flavoured sauces in Singaporean pizza launches in 2015, and roti bases emerging in Thailand,” Alex concludes.