By Newsroom on March 22, 2016Comments Off on Google’s Craig Morgan Named Advertising Jury Chair At The FAB Awards 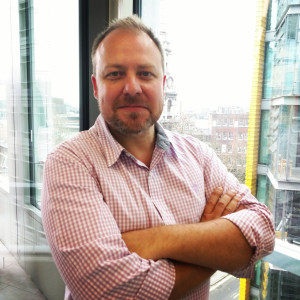 The International Food and Beverage Creative Excellence Awards are pleased to announce that Google UK Ltd’s Craig Morgan will be the Advertising and Innovations Jury Chair for the 18th edition of The FAB Awards.

Craig leads the CPG/FMCG practice at Google UK, working with some of their largest client and agency partners on both UK and Global initiatives for the likes of Unilever, Coca Cola, RB, Nestle, Mars, Diageo, etc.

“It is a real honour to be asked to Chair the Advertising and Innovations Jury at The FAB Awards this year, having judged in previous years. FAB represents the best in Food & Beverage advertising and communications from across the world. It is great bunch of judges and I hope it will be great fun and inspirational to see the best of the work,” said Craig of his appointment.

Prior to Google, he spent 16 years working in independent and group owned London Creative and Digital agencies in various senior management positions at agencies such as LBi, Tribal DDB, Leo Burnett, Grey London and Elvis Communications. He has always had a focus on innovation, creativity and technology in communications.

Craig has been an active member of the IAB, NABS and is a former Vice Chair of the IPA Digital Committee.

Traditionally The FAB Awards judging takes place in April, with The Awards culminating in a grand ceremony at London’s Hurlingham Club in May.