By Newsroom on March 6, 2018Comments Off on Guinness Champions Inspirational Stories in Latest Instalment of ‘Made of Black’ Campaign 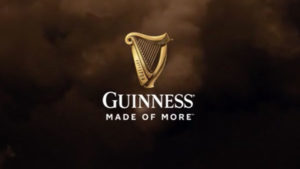 In the latest campaign for Guinness, AMV BBDO tells four uplifting ‘Made of Black’ stories that celebrate individuals who are showing unexpected character in the world of football, and inspiring those around them.

The four films were directed by Wilkins & Maguire – BAFTA nominated documentary-makers at production company Stink and co-written with Andy Clough and Richard McGrann. They were filmed by Oscar nominated James Laxton and coloured by Alex Bickel, both of Moonlight fame.

Each film features a true story sourced during a wide-ranging search and cover issues such as gender stereotyping and overcoming disability.

In the first, Tabitha, a Kenyan, recounts how after her husband’s death she become a professional referee in men’s football, despite overwhelming social pressures not to.

In the second film, Nigerian Goodluck tells how his love of football helped to find love, friendship and happiness, despite losing his leg.

In a third, Gaelle from Cameroon talks of how she overcame gender role convention to find international success in women’s football.

In the final film Wisdom from Ghana talks about how, despite suddenly going blind, he still pursued his passion for playing football and found a new lease of life through his team. 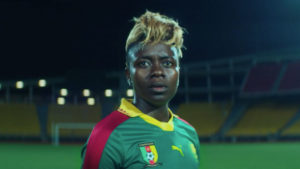 The stories are all football-related to tie in with Guinness’s sponsorship of sub-Saharan Africa TV network DSTV’s coverage of English Premier League football.

At the end of each film, the storyteller links the obstacles they have overcome and the achievements they have had to being ‘Made of Black’ – a connection to the Guinness ‘Made of More’ platform which tells stories of how unexpected character, in people and beer, enrich the world around us. 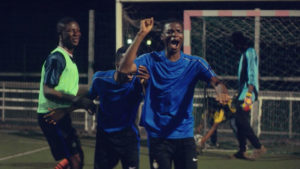 The ‘Made of Black’ campaign was introduced back in 2014 by AMV BBDO and BBDO agencies across Africa to connect a bold, confident generation, with a bold and confident beer. It is an African expression of the global ‘Made of More’ platform that has generated some memorable advertising including the film created by AMV BBDO featuring the Society of Elegant Persons of the Congo, better known as the Sapeurs. 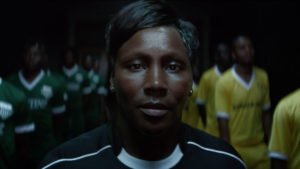 Richard McGrann and Andy Clough, Creative Directors at AMV BBDO said: “Our focus this year is on celebrating genuine ‘Made of Black’ individuals – those whose unexpected character enriches the world around them. The characters in our stories are united by their love of football and real human truths. We hope they’ll inspire others to show they’re Made of Black too.”

Wilkins and Maguire added: “The challenge with these films was to compress the life journey of these individuals into a small and powerful narrative. Finding their transformation moment was the key; the moment they are no longer victims, but heroes.” 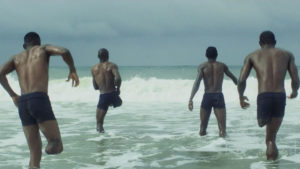 Graham Villiers-Tuthill, Marketing Director Guinness, Africa commented: “We’re really proud of this work and how it brings our brand purpose to life so powerfully for our audiences across the continent. It’s a distinctive take on football from the most distinctive beer in the world.”

Guinness Champions Inspirational Stories in Latest Instalment of ‘Made of Black’ Campaign added by Newsroom on March 6, 2018
View all posts by Newsroom →