By Newsroom on September 26, 2013Comments Off on Havas Media Scoops £7m Media Account of Pernod Ricard 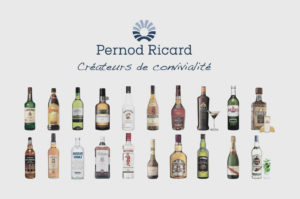 Pernod Ricard, the owner of Absolut Vodka and Malibu, has awarded its UK media planning and buying business to Havas Media after a final contest against the incumbent, Vizeum.

Goodstuff Communications was involved at an earlier stage of the process.

Havas Media had handled the business before Vizeum’s appointment in 2006. A spokesman for the agency, whose sister shop Havas Worldwide works on Pernod Ricard’s advertising, declined to comment.

Patrick Venning, the marketing director at Pernod Ricard UK, said: “We are currently undertaking negotiations and will be in a position to announce the appointed agency shortly.”

Pernod Ricard spent £6.9 million on media in the year to September 2012, according to Nielsen.