By Newsroom on January 7, 2016Comments Off on Heineken Celebrates 20th Anniversary of its Tie-up with The Australian Open 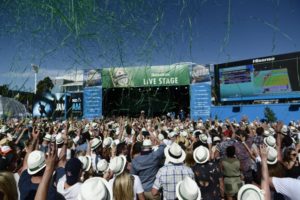 Heineken is set to mark two decades of its partnership with The Australian Open by taking its tournament-long party to new heights. The world’s leading international premium beer brand will kick off its 2016 marketing activity in style with activations taking place across Melbourne in January to mark the annual festival of tennis.

Highlights will include the legendary Heineken Saturday spectacle which has become established as a flagship event in its own right in recent years, providing an unrivalled experience for thousands of fans including a wealth of entertainment. Headlining Heineken Saturday will be Hot Dub Time Machine, the world’s first time travelling dance party, counting down the best music from the past 20 years of Heineken’s partnership with The Australian Open and beyond.

Heineken has also announced a theme for Heineken Saturday: dress like a tennis legend. Fans wanting to get into the spirit of the event are invited to go back in time and rock the fashion of tennis stars from the past or go for a modern look as one of today’s champions.

A key part of Heineken’s marketing strategy is to create meaningful experiences through its consumer activations. To underline that commitment, Heineken are bringing back the Heineken Live Stage to The Australian Open featuring a different act each day of the tournament, hosting an eclectic mix of some of Australia’s hottest music acts and DJs. 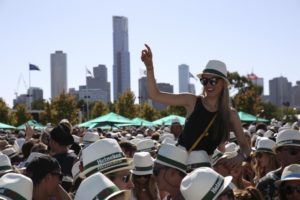 Across the fortnight that the tournament takes place, Heineken will provide fans with its renowned world-class hospitality at the Grand Slam Oval with the activation of the popular Heineken Beer Garden, which is billed as the place to visit during the event. The custom-built venue space will play host to thousands of fans wanting to take a coveted spot in the garden to soak up the atmosphere and enjoy Heineken’s premium beer.

Outside of the Grand Slam Oval, fans and revellers not able to get a ticket to enter the arena will also be able to join in the festivities. Heineken will partner with more than 20 bars around the Melbourne precinct in the coming weeks with Heineken theming and special activities available for thirsty beer drinkers who are keen to join in the party atmosphere that will sweep the city.

Says Alessandro Manunta, marketing manager, Heineken Lion Australia: “We want to create amazing, memorable experiences for all consumers, whether they are fans of the tennis or whether they just want to enjoy a refreshing, cold Heineken while soaking up the atmosphere around Melbourne. We have big plans and ambitions for 2016 and beyond and we’re delighted to be able to launch with a blast as we continue to evolve our marketing activity.”

Heineken Celebrates 20th Anniversary of its Tie-up with The Australian Open added by Newsroom on January 7, 2016
View all posts by Newsroom →