By Newsroom on March 30, 2015Comments Off on Heineken Light Is The Best Light Beer You’ve Ever Tasted, Guaranteed!

Heineken Light, two-time award winner of the World Beer Championships, is so confident it’s the best tasting light beer you’ve ever tasted, that Heineken is offering a money back guarantee. To inspire fans 21+ to try the Best Tasting Low Calorie Lager, Heineken is partnering for the second year with five-time Emmy award winner, host of two Primetime Emmy Awards, four Annual Tony Awards, and most recently, the 2015 Academy Awards, Neil Patrick Harris, on a new commercial and digital video to bring the offer to life in a humorous way.

“What we’re saying in the new creative is pretty simple: Heineken Light is a great tasting light beer,” says Neil Patrick Harris. “But if you’re crazy enough to not agree, Heineken will give you your money back.” 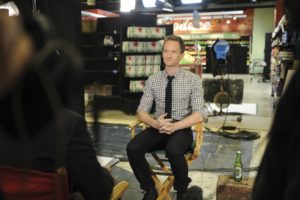 The money back offer follows the 2014 World Beer Championships announcement of Heineken Light as the “Best Tasting Low Calorie Lager” for the second year running. The beer, reformulated in 2013, is brewed with Cascade Hops, which gives it that smooth taste profile and floral, fruity hop aroma. Containing only 99 calories, Heineken Light uses all natural, quality ingredients – that is, no filler grains, no coloring, no preservatives and no GMOs.

“At Heineken, we believe that you don’t need to sacrifice taste when drinking a light beer,” says Ralph Rijks, Vice President, Heineken USA. “We’re so confident in Heineken Light’s award-winning flavor that we’re putting our money where our mouth is. We understand that tasting is believing and are thrilled to be working again with Neil Patrick Harris to help deliver this message.”

Building on last year’s campaign, the new Heineken Light :15 commercial, “Money Back,” continues the story of Neil struggling with legalities and regulations. In it, Neil promises the viewer that Heineken Light is the Best Tasting Light Beer or he’ll give you your money back, before humorously backpedaling to clarify that someone at Heineken will be fulfilling the guarantee, not him personally.

The story continues in the long-form video, “Fans,” in which Neil is spotted by fans of the Heineken Light commercials while shopping. The video leads to a humorous fever-pitch moment when his simple attempt to buy some fruit officially becomes a calamity.

The campaign was created and produced by Wieden+Kennedy New York. The launch will be supported through a mix of traditional and paid media, digital, PR, and experiential marketing. The brand will also carry out sampling opportunities where legal with adults 21+.

Heineken Light Is The Best Light Beer You’ve Ever Tasted, Guaranteed! added by Newsroom on March 30, 2015
View all posts by Newsroom →