By Newsroom on November 23, 2016Comments Off on Heinz Baked Beans Ad Banned for Health and Safety Risk

A TV ad for Heinz Baked Beans has been banned for being likely to encourage children to use open tin cans as drums.

The ad, created by Bartle Bogle Hegarty London, included several scenes that featured children, teenagers and adults using empty or full tins of Baked Beans to drum out the rhythm of the Can Song.

It prompted nine complaints to the Advertising Standards Authority – three of which said it encouraged unsafe practice and six that said it featured behaviour that could be dangerous for children.

When contacted by the ASA, Heinz Foods UK said the cans used in the ad were tapped only on its sealed top, its bottom or sides. Additional precautionary measures, the company said, were included on social media videos featuring the Can Song such as applying tape to the open end of the can. 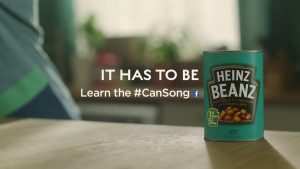 Heinz added that the children shown tapping cans in the ad were always shown in the presence of an adult and none of the ad’s scenes were targeted at children in particular.

However, the ASA noted that while all actors in the ad appeared to be proficient in using baked beans cans as a drum, “consumers encouraged to learn the Can Song were unlikely to be proficient as the actors”.

The watchdog said: “We considered the ad was likely to have appeal to a wide age range, including children, who wanted to learn the Can Song and would therefore seek to recreate it. However, as set out above, we considered there was a health and safety risk in doing so, particularly if a child was to attempt to play the song with an empty tin without adult supervision.”

The ad must not be shown again in its current form, the ASA ruled.

Heinz Baked Beans Ad Banned for Health and Safety Risk added by Newsroom on November 23, 2016
View all posts by Newsroom →