By Newsroom on September 30, 2016Comments Off on Hendrick’s Gin Grows An ‘Unusually Australian Cucumber’ For Summer

This summer, CX agency Lavender and Hendrick’s Gin are partnering to create a whole new variety of cucumber – The Unusually Australian Cucumber.

Hendrick’s is a most unusual gin, oddly infused with rose and cucumber. To champion its peculiar garnish, the noble cucumber, the brand will engage gin consumers over the coming months by rediscovering its connection with the fruit, in a world-first horticultural quest. 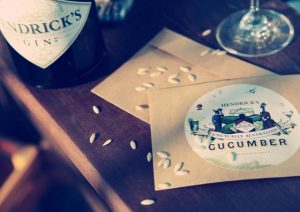 Over a 10-week period, at a purpose-built greenhouse at the University of Sydney, expert cucumberist Robyn McConchie, professor of horticulture and pro-dean of the faculty of agriculture and environment, and her team of growers, will develop a world-first harvest of unusually Australian Cucumbers to be enjoyed across Australia this summer.

McConchie explained: “To develop a unique cucumber variety cultivated with Australian ingredients is a testimony to the innovation of Hendrick’s. It’s never been done before, and we’re excited to be part of it.” 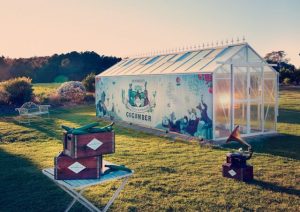 There will be three different unusually Australian ingredient choices for Hendrick’s fans to vote on throughout the campaign, with one of these votes being Kangaroo vs Emu poop (poop is rich in Nitrogen, critical for plant growth). Once fully grown, the cucumbers will be celebrated at a fantastic harvest event, before the cucumbers are distributed for Australians to enjoy over the summer.

Marco Eychenne, executive creative director, Lavender said: “We wanted to create a cucumber variety that was truly of Australia. We’re hoping it will pick up some unusual characteristics, adding a twist to the classic Hendrick’s, tonic and cucumber mix. The goal is for drinkers to be able to enjoy a Hendrick’s and tonic, accompanied by a slice of the cucumber they helped create.”

Hendrick’s Gin Grows An ‘Unusually Australian Cucumber’ For Summer added by Newsroom on September 30, 2016
View all posts by Newsroom →