By Newsroom on August 4, 2017Comments Off on Hula Hoops and Pom-Bear Hit TV Screens as Part of KP Snacks’ Continued Marketing Push 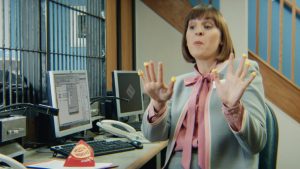 The ad, which aims to reignite nostalgic feeling and modernise the £96.7m brand, centres around a playful creative, reminding adults of the fun of placing individual hoops on each finger. Following on from Hula Hoops’ packaging refresh earlier in 2017, the advert will be broadcast at peak times across terrestrial and digital channels throughout August.

Another winner with families, Pom-Bear, will return to television on 1st September, running until the end of the month. Following on from a TV campaign in 2016, Pom-Bear is now worth £29.2m, growing 7.4% year-on-year, and will receive £1.5m in media spend as part of this year’s activity. 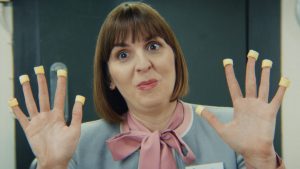 KP Snacks’ continued investment in its core brands comes in the wake of a popular ad from KP Nuts, which aired in June and July, and the strategic acquisition of top-selling popcorn, Butterkist, in July.

Jeff Swan, Marketing Director at KP Snacks, says: “2017 has been a tremendously exciting year for KP Snacks. We’ve invested heavily in a range of brands and welcomed a new one into the fold too. What’s more, our track record of driving brand value with targeted, integrated campaigns is strong, ensuring visibility at every consumer touch point. In fact, using this strategy we have experienced sales uplifts for McCoy’s (+29%) during its recent campaign. Likewise, Hula Hoops, which is growing by 13% year-on-year, witnessed growth of 14.6% following its TV appearance earlier in March. Pom-Bear, which grew by 27.1% last year, and Hula Hoops Puft will be the next of our brands to benefit from this approach in 2017.”