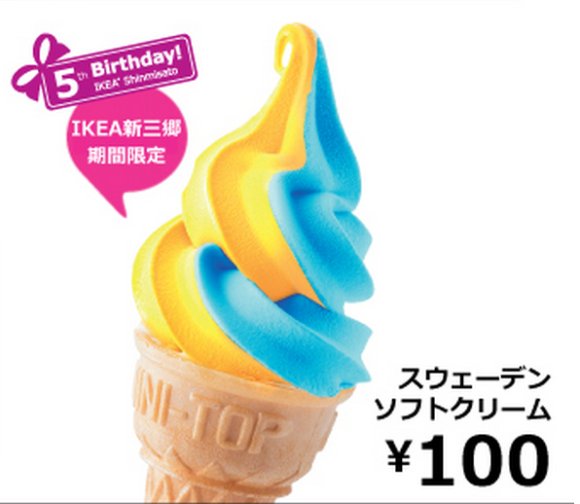 To commemorate the fifth anniversary of IKEA’s Shinmisato branch in Japan, the furniture giant introduced blue and yellow ice-cream, much to the chagrin of customers.

The ice-cream is colored like the Swedish flag, alluding to the country IKEA originated from. Many failed to see that this was a branding strategy, calling the colors unnatural enough to make you lose your appetite.