By Newsroom on September 30, 2013Comments Off on Inferno Wins Grant’s Whisky Ad Account 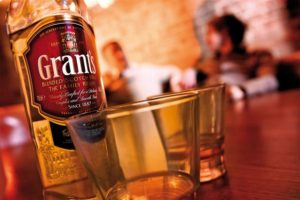 Grant’s whisky has appointed Inferno to its advertising account after a contested pitch.

It is understood that although there was no current incumbent on the account, Grant’s has previously worked with My Agency and Geronimo.

As Grant’s lead creative and strategic agency, Inferno will be charged with creating campaigns for the brand’s high-growth markets, including Asia, South Africa and South America, as well as in established markets such as the UK and Europe.

A multimedia campaign is expected in the first half of 2014.

Al Young, Inferno’s chief creative officer who will lead the account, said the company, William Grant & Sons, was ambitious for its whisky brand and that his agency’s task was to create a “brand world”.

Young said: “It’s a phrase you hear more and more these days. It’s about a way of behaving. What is the brand’s point of view on the world? How does it talk?”

He added that the campaign would run across a number of different channels, but that airport retail was particularly important to the brand.