Innate Looking to Revitalise Snacking Sector in the UK

By Newsroom on August 15, 2017Comments Off on Innate Looking to Revitalise Snacking Sector in the UK 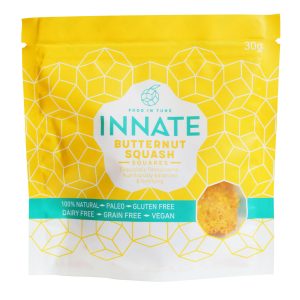 Innate Squares are a new kind of snack, which combine vegetables, coconut and almond to produce air-dried savoury snacks that are a rare and happy marriage of exquisite flavour, nutritional balance and slow-release sustaining energy.

The company’s directors, Elsa Valentine and Tessa Walker, hope that throwing away the rule book and starting the creative production process from scratch has produced an innovative new snacking product, that is neither a crisp nor a biscuit,  which will breathe a breath of fresh air into the category and get consumers enthused about ‘healthy snacking’. 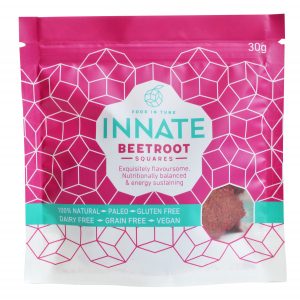 “Most companies looking to create ‘healthy’ snacks have a tendency to take unhealthy ones, such as biscuits and crisps, and tweak formulations in a bid to reduce the negative impact the foods have on our bodies. The result is inevitably a snack which may be perceived to be a little healthier than the original product, but generally isn’t as tasty or fulfilling,” revealed Elsa.

“We wanted to create something totally different that wasn’t simply a healthier version of a product already on the shelves, but rather a food which is both in tune with our innate requirements as humans and exceedingly delicious. We feel we’ve achieved this with our Squares and are extremely excited about the feedback we’ve been receiving.” 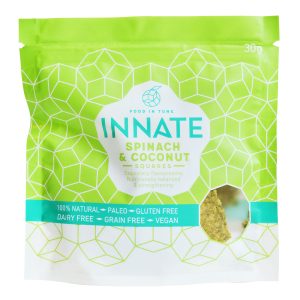 Whilst the Squares weren’t intended to be ‘free from’, by default, through the use of natural healthy ingredients, they are gluten, dairy, grain, soy and refined sugar free, as well as paleo and vegan friendly, extending their appeal yet further.

Created using eco-energy and high in moral fibre, the Squares have already caught the attention of those in the industry and accolades and awards are starting to roll in for this outlandishly delicious brand – having won the Great New Idea Award at this year’s Farm Shop & Deli Show and currently shortlisted for a Great British Food Award, amongst others.

Delicately punctuated with an A-team of herbs and spices, the range offers three exciting varieties in the form of Beetroot, Butternut Squash and Spinach & Coconut and the brand are running an exciting marketing and PR brand campaign to let consumers know who they are and what they’re about. 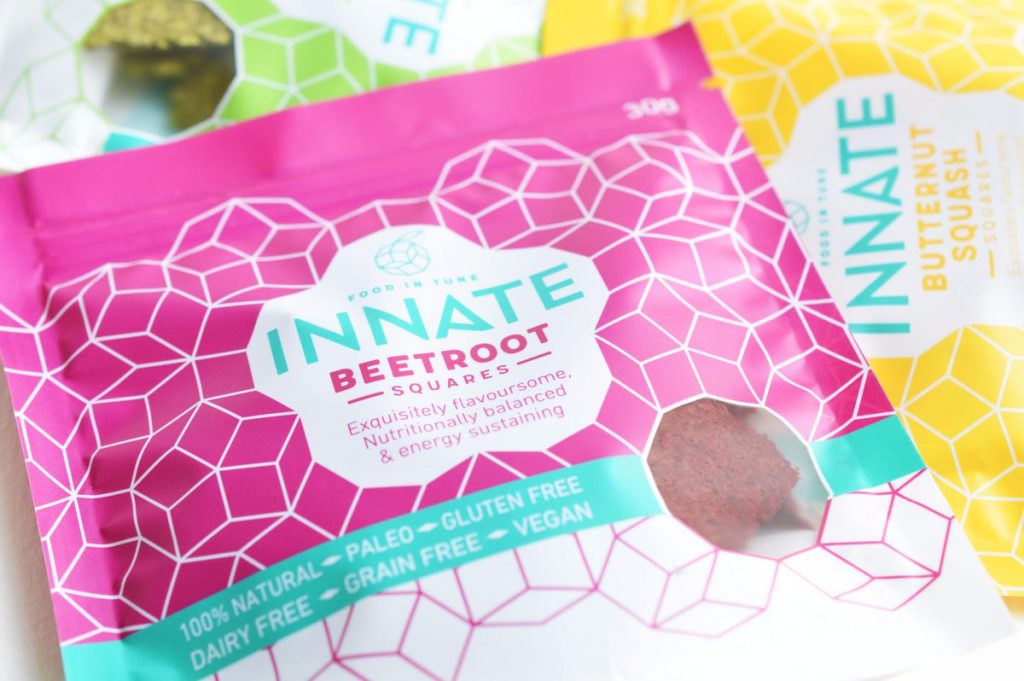 Innate Looking to Revitalise Snacking Sector in the UK added by Newsroom on August 15, 2017
View all posts by Newsroom →