By on July 15, 2016Comments Off on Innocent Readies New Positioning to Build ‘Consistent Creative Platform’ 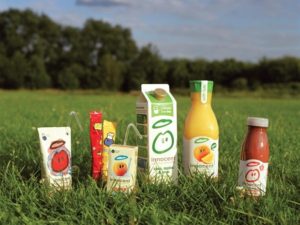 Innocent Drinks is preparing to launch a new brand positioning in 2017, one that it hopes will help it to reconnect with a younger audience and build a “consistent creative platform” that will see it push out more creative-led comms.

The juice and smoothie brand wants to place more focus on the products that it produces, which is something it has been working on over the last 2-3 years, according to Innocent’s brand activation manager Jamie Sterry.

While Sterry couldn’t be drawn on the details of the launch, which will take place early 2017, he said the new positioning won’t be “a million miles away” from its current positioning of helping people live well, but will provide a more consistent approach.

“Hopefully we can do it in a way that is going to connect with a younger audience again and we are looking to build a consistent creative platform that will see us through to 2020 and beyond, he told The Drum. “So we should be doing a lot more creative brand led comms from next year onwards, that are more product centric stuff that has taken the bulk of our spend over the last 2-3 years.”

Increasingly Innocent is seeing its budgets move towards experiential activity and brand activations to create a deeper connection with consumers than traditional marketing can provide. This includes the Big Knit, a programme that gets people across the UK to knit tiny hats for Innocent’s drinks bottles, with 25p going to age UK for every drink sold.

It also runs Innocent Unplugged, a festival where people can leave technology a home for the weekend to destress, and carries out numerous sampling events throughout the year. All of which are underpinned by the idea of helping people live well.

Sterry explained: “Over the last 10 years we have moved away from communicating our brand identity or brand positioning as just a TV advert or a piece of broadcast creative. I think these days you can bring what you stand for as a brand to life in many different ways and engaging ways and that is effectively what we use our brand properties for.

“As a brand we like to help people live well and that is in the things that we make and also the things that we do…what our brand properties give us is a way of bringing the brand to life in a way that gets people talking, gets us noticed more and engages our drinkers more than a 30 second TV ad.”