By Newsroom on July 27, 2016Comments Off on James Boag Beer Returns to Rugged Tasmania in Latest Campaign

Premium Tasmanian beer James Boag has launched its latest brand campaign in partnership with Tourism Tasmania and collaborating partners Land Rover, Canon and MJ Bale to communicate its brand positioning of “Harnessing Rugged Tasmania for people to savour”. The campaign was developed and produced by Infinity Squared.

The premium beer brand, refined from the purity of the rugged Tasmanian elements, is championing its Tasmanian roots, through a series of initiatives to inspire adventure and discovery of Australia’s most southerly state.

Malcolm Eadie, marketing manager, James Boag said: “We know our target consumer lives a fast paced urban lifestyle but the idea of returning to rugged captures the true essence of James Boag in savouring the purity of the Tasmanian elements.”

To launch the activity, James Boag sent city­-based, influential photographers on a expedition to Tasmania to document, through their lens and channels, their own experiences of the Tasmanian wilderness. One photographer’s journey, Perth based Jarred Seng, has been documented in a cinematic film entitled Return To Rugged. The film will be promoted via James Boag and the partners’ social and digital channels as well as featuring in Qantas Lounges.

Eadie added: “Partnering with Tourism Tasmania, Influencers and local Tasmanian operators seemed like the obvious route as we both share a passion for harnessing for the rugged elements of Tasmania to create refined experiences, for people to savour.”

The expedition took in some of Tasmania’s most iconic wilderness experiences; from scaling Cradle Mountain, fly fishing with Riverfly 1864 in the Western Lakes, shucking oysters at Barilla Bay and soaring above the Tassie wilderness with Par Avion.

Tourism Tasmania CEO John Fitzgerald said their partnership with Tasmanian premium beer icon James Boag on this brand project was a natural one.

Fitzgerald said: “Going behind the scenery to uncover the real character and rugged beauty of Tasmania is what our tourism brand is very much about, and this has been captured brilliantly in James Boag’s latest brand campaign.” 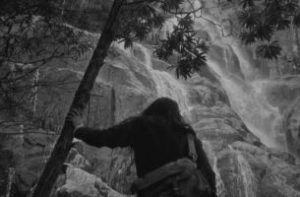 Tom Phillips, managing partner, Infinity Squared said: “We needed to create something unique and authentic. The simple premise behind our approach, was that actions speak louder than words ­ collaboration and partnerships being fundamental to this.”

A broader selection of photographs from the expedition will be shared via the brand’s social and digital channels over the coming months.

The activity is supported by a series of bespoke rugged-­lux wilderness travel itineraries, created in partnership with Tourism Tasmania, so that James Boag drinkers can plan and book their own rugged adventures.

James Boag Beer Returns to Rugged Tasmania in Latest Campaign added by Newsroom on July 27, 2016
View all posts by Newsroom →