By Newsroom on June 30, 2016Comments Off on Jessica Alba Reminds Viewers ‘What’s Inside is Everything’ in Ad for Zico 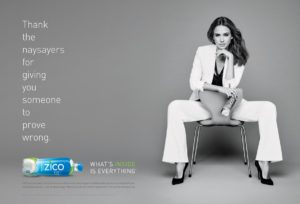 Continuing Zico’s recent rebranding as a 100% one-ingredient coconut water, the minute-long ad shows off images of some of Alba’s greatest successes. Alba is displayed as bold, confident, and true, lending audiences a stunning impression of the Zico brand and a reflection of its message that it’s what’s inside that counts.

Tom Green is a new member of Los York Studio’s growing roster of directors, joining Epstein, an Emmy award winning director and one of the co-founders behind the production studio’s sister content agency, Los York.

This project represents just one of Los York Studio’s collaborations with other agencies to produce short films with their signature visceral and attention-grabbing flair.

Jessica Alba Reminds Viewers ‘What’s Inside is Everything’ in Ad for Zico added by Newsroom on June 30, 2016
View all posts by Newsroom →