By Newsroom on March 13, 2018Comments Off on Jonathan Goldsmith Calls For a Tequila Emoji in New Astral Tequila Spot

Astral Tequila and Jonathan Goldsmith (formerly known as “the Most Interesting Man in the World”) are back with a short video highlighting the fact that apparently Goldsmith’s character has helped to resolve foreign issues with Kim Jong-Un. 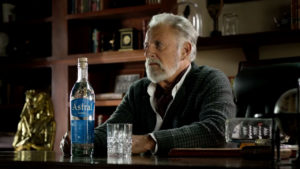 This video is a continuation of the brand’s campaign ‘This Calls for Tequila’ that was launched earlier in 2018, which saw Goldsmith bending a spoon with his mind, holding his breath for one hour, becoming the namesake of the sun and receiving the ‘Best Actor’ award for a movie not even out yet.

The 10-spot video campaign focuses on toasting life’s most legendary moments with Astral. The spot was created by ad agency Erich & Kallman.

Jonathan Goldsmith Calls For a Tequila Emoji in New Astral Tequila Spot added by Newsroom on March 13, 2018
View all posts by Newsroom →