By Newsroom on July 31, 2014Comments Off on Jude Law & Giancarlo Giannini Dance the Madison for Johnnie Walker

The film, directed by RSA’s Jake Scott and devised by agency Anomaly, sees Jude Law learn to dance in an attempt to win a beautiful yacht from the reluctant Italian. With gorgeous cinematography, sun-soaked scenery and an extensive music hall set-piece, the film carries more than an echo of Law’s 1999 film The Talented Mr Ripley – albeit with a more light-hearted, playful tone. The film was shot in the British Virgin Islands and London.

Music is a central element of the dance-driven film. Smith and Elms, a pair of composers and arrangers from London-based music production company Eclectic, were charged with putting a contemporary spin on a classic party dance and scoring the incidental music.

“Jake Scott always had a track in mind, The Madison which was a dance craze from the 50s but he wanted something edgier and this is where we came in,” said Eclectic co-founder (and the ‘Elms’ of Smith & Elms), Simon Elms, who also leant his trumpet-playing skills to parts of the track. “We started off with a live band then we had to add and change a lot as the idea developed as it was early stages and the film hadn’t been created. The tempo was also altered to create the edginess that Jake wanted.” 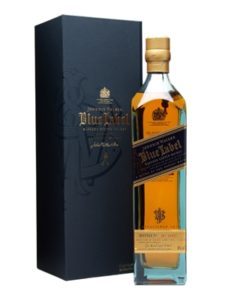 According to Elms it was an unusual job for the musical team as they were present on set. “Often we don’t get to go to the shoot, so working with Jude Law, being on set with the musicians, being involved in the shoot was great. Having an actor of that calibre, who plays instruments himself wanting to ensure his interaction with the piano was authentic was great to be a part of.”

The project was also something of a learning experience for Jude Law, who grabbed the chance to brush up his dancing skills. “The film is about improvement and progress and this is something I try to do in my work and my everyday life. I had to learn new skills shooting this film that combined with the places we visited and shot in, alongside working with Jake and with Giancarlo, made it a truly rare experience,” he said.

It’s not the first time Johnnie Walker has been involved in longer-format content with a Hollywood heavyweight – in 2009 Robert Carlyle starred in one-take wonder The Man Who Walked Around the World, from BBH.

Jude Law & Giancarlo Giannini Dance the Madison for Johnnie Walker added by Newsroom on July 31, 2014
View all posts by Newsroom →