By Newsroom on October 10, 2016Comments Off on JWT London Brings OXO Back to Screens with the 21st Century Family

OXO is coming back to British TV screens with two heart-warmingly entertaining ads following the lives of a modern-day family, created by J. Walter Thompson London.

In this new take on the classic work, famous for reflecting contemporary family life, the ads introduce a whole new family – mum, dad, three children and their beloved pet rabbit, Mr Jefferson – all of whom have distinct personalities and active roles in the family group. 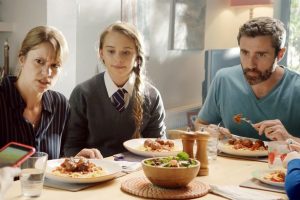 Both ads were directed by BAFTA & Emmy award winning Declan Lowney who not only directed some of the BT “family” ads but also was the original lead director of Cold Feet, Father Ted and Alan Partridge: Alpha Papa.

The first ad (above) sees teenage daughter Lucy bring home Tiana, the coolest girl in school, for dinner. However, when she sees Meatballs on the menu Lucy is mortified – until mum adds OXO. Tiana gives her seal of approval by sharing a picture of the dish on social media – confirming what mum knew all along.

The second (below) sees a rush to get dinner ready for Jan and Rob, two friends who they forgot were coming.

The campaign builds on the concept of Team Family. The modern family unit sometimes gets a bad rap, with technology, broken homes and longer working hours all making life more fragmented.

However, our research paints a much more positive picture of how things are. More informal parenting styles and more chaotic schedules mean that we’re more involved in our kids’ lives than ever before. Dads are increasingly joining mums at the emotional heart of the family and Mum and Dad increasingly share the work and domestic duties. 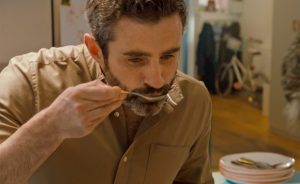 James Whitehead, J. Walter Thompson London Executive Partner, said: “It’s great to be able to modernise the OXO family for today’s Britain. Our new family are a real team: chaotic and imperfect, there’s teasing and the occasional strop, but there’s also a lot of life, energy, love and getting things done as a real family.”

Helen Touchais, Brand Director Flavourings and Seasonings at Premier Foods, said: “OXO aims to help families who are looking to prepare meals that are quick to cook, but that are also wholesome and delicious. As an ingredient intrinsic to British households, OXO has historically portrayed the ins and outs of family life – evolving from Katie’s family in the 1960s through to Lynda Bellingham’s family reign through the 1980s and 1990s.”

The OXO family was made famous in the 80s and 90s when the late Lynda Bellingham was the nation’s favourite ‘OXO mum’ and Michael Redfern the dad. The emotional final instalment of that family series was shown in 1999 when the family moved out of the house.

JWT London Brings OXO Back to Screens with the 21st Century Family added by Newsroom on October 10, 2016
View all posts by Newsroom →