By Newsroom on March 24, 2016Comments Off on Kellogg’s Calls on Zach King for Masterbrand Push by JWT Sydney

Kellogg’s has launched a new digital-first, masterbrand campaign aimed at prompting a reappraisal of the breakfast occasion with inspiring, creative ways to start the day with cereal. 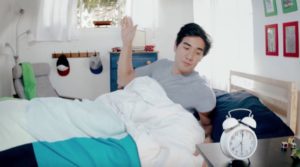 Tamara Howe, marketing director, Kellogg’s Australia said the campaign was both about reconnecting Aussies with some of their favourite cereals in new and innovative ways, and showcasing Kellogg’s as a brand with something to suit everyone’s taste buds.

Says Howe: “Many Australians have grown up with cereal as their main breakfast choice, but with so many other breakfast options now available some consumers have forgotten how nutritious, delicious and creative cereal can be. The Amazing Creations campaign is all about reminding people what a great start cereal provides, particularly when combined with other ingredients. The work represents a continuation of the strategy we adopted last year – taking a new approach to the execution. We’re looking forward to continuing to engage with consumers in a new way.”

Says Angela Morris, executive planning director, J. Walter Thompson, Sydney: “This campaign picks up on the truth that real cereal lovers have known for some time – cereal is great on its own, but it’s also a fantastic grain base on which to expand, in whatever way your fancy takes. From yoghurt, to fruit, nuts to seeds – it’s easy to customise your breakfast to your own tastes.” 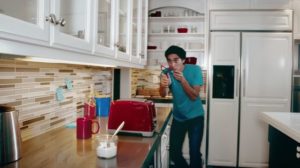 Says Simon Langley, ECD, J. Walter Thompson, Sydney: “Many cereal advertising campaigns focus on the food itself, rather than the experience of breakfast and the options cereal can provide. ‘Amazing Creations is unexpected, visually arresting and different from anything Kellogg’s or the category has done previously.

“Zach King is famous for creating visual illusions which seemingly make the impossible, possible and using his talents has helped us demonstrate making a variety of delicious breakfasts in a fresh and engaging way. It’s a unique partnership aimed at a range of age groups, particularly millennials who have disengaged with breakfast.”

The Amazing Creations campaign comprises a range of different online videos, supported by social, PR activity and in-store collateral. It launches on March 24 and will run until October 2016.

Kellogg’s Calls on Zach King for Masterbrand Push by JWT Sydney added by Newsroom on March 24, 2016
View all posts by Newsroom →