By Newsroom on November 24, 2017Comments Off on KFC Invites Aussies to Join The HCG Buckethead Army in New Cricket Campaign

To mark the start of the 70th edition of the Ashes cricket series, KFC Australia launched an integrated brand campaign, The HCG Buckethead Army via Ogilvy Sydney. 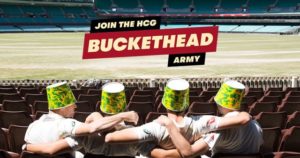 The campaign comprises of TV and online content, PR and social activities, creative outdoor projections and murals and a digital microsite for Australians to join The HCG Buckethead Army and support both Magellan Ashes and later in the cricket season, the KFC Big Bash league.

Shaun Branagan, group creative director, Ogilvy Sydney said: “Who better to take on the Poms and their Barmy Army than our own Green and Gold Camo Buckethead Army? We are sending out a rallying cry across this wide brown land of ours to get people to enlist, and they are… in bucket-loads. That is, until dinner is called.” 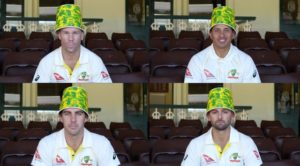 Angela Richards, CMO, KFC Australia commented: “Over the years, we have seen more and more cricket fans donning a bucket to support the team. We couldn’t believe how this organic movement took off – and we wanted to come back this year bigger and better and make it an official movement. That’s how the idea for The HCG Buckethead Army came to fruition. We want to extend the celebrations outside of the match and really get Bucketheads everywhere. There’s a potential for 24 million Australians to show their support throughout Magellan Ashes, on the street, at work or even in their own ‘home cricket ground’ or HCG.” 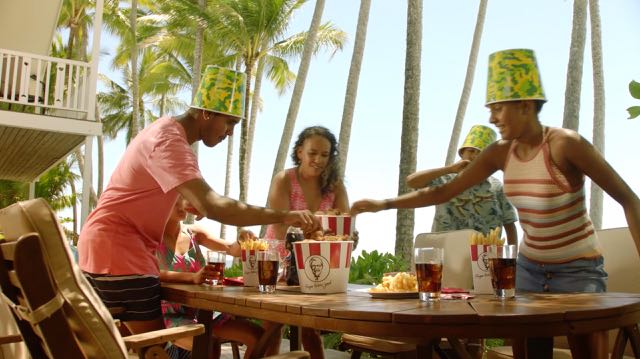 KFC Invites Aussies to Join The HCG Buckethead Army in New Cricket Campaign added by Newsroom on November 24, 2017
View all posts by Newsroom →