KFC announced the return of world renowned and famously sun-crisped actor George Hamilton as the Extra Crispy Colonel to launch its newest menu item, the Crispy Colonel: a classic chicken filet, hand-breaded in our kitchens and made to order by the KFC fried chicken experts with mayo and pickles on a bun. Customers will get a piping hot, Extra Crispy chicken sandwich made just for them every single time – with the unmistakably crispy, fresh-out-of-the fryer, golden brown crunch only KFC can provide. 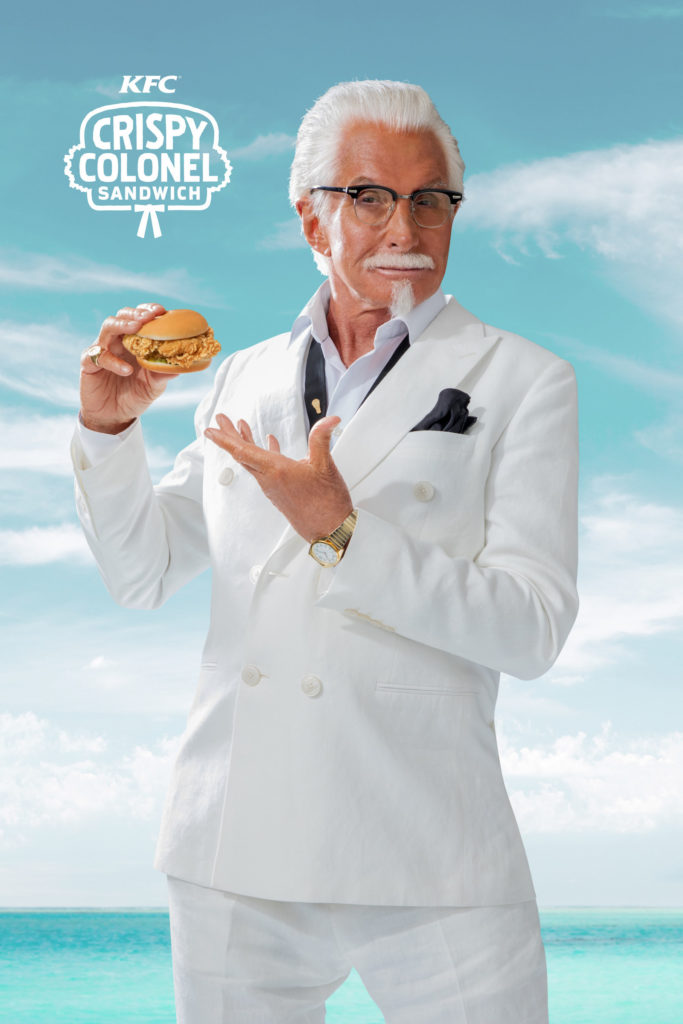 Not content with only making its Extra Crispy chicken sandwich as a classic option, KFC is also making the Crispy Colonel available in its three signature southern-inspired flavours to appeal to a variety of preferences: Smoky Mountain BBQ, spicy and smoky Nashville Hot, and sweet and tangy Georgia Gold honey mustard BBQ. This summer, KFC will also introduce a fourth, unexpectedly delicious flavour as a Crispy Colonel sandwich for a very limited time.

“When we tested the Crispy Colonel, 88 percent of customers who tried the sandwich said it was better than any other chicken sandwich, and 91 percent said they would order it again,” said Andrea Zahumensky, CMO, KFC U.S. “And now they can, in our classic version or in their favourite KFC signature flavour. I believe no other fast food restaurant comes close to providing the lineup of superior, crave-able chicken sandwiches we’re launching at KFC.”

In the ad campaign introducing the Crispy Colonel, Hamilton makes his bronzed return on a yacht, aptly named The K.F.Sea, living his very best, extra crispy life. The perfect portable complement to an on-the-go lifestyle, the Crispy Colonel sandwich lets you enjoy Extra Crispy chicken with just one hand, so your other hand is free to live the extra crispy lifestyle, including activities such as: 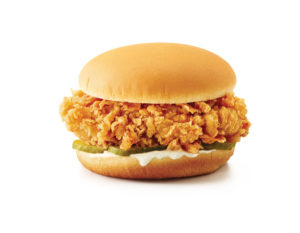 “It feels right to be back in the white suit as the Extra Crispy Colonel – it’s one of my favourite roles to play,” said Hamilton. “I’ve always been extra crispy, and with the Crispy Colonel sandwich in hand aboard the K.F.Sea, I’m also extra mobile now.”

In 2016, KFC tapped Hamilton as the Extra Crispy Colonel for his embodiment of the delicious crispy goodness of KFC’s Extra Crispy Chicken. With his leading man looks and signature suntan, he brought crunchy, juicy, hand-breaded Extra Crispy chicken (and fried chicken-scented sunscreen) to Americans. Now he’s bringing it to Americans in a portable version.