By Newsroom on January 12, 2016Comments Off on KFC’s New Promotion Lets Aussies Shout a Mate a Bucket

KFC is celebrating Australian generosity by letting customers shout a mate a bucket of KFC every minute between 11 to 24 January in a newly launched promotion called ‘Shout a Mate’ via Ogilvy Sydney.

Research released from KFC indicates that the ‘great Aussie shout’ is alive and kicking with 7 out of 10 people considering it an important part of our social fabric.

Australians are generous by nature; it’s woven into our culture. It’s considered un-Australian to not shout your mate a beer, a meal or to turn up to a friend’s house empty handed. It seems we take being generous very seriously with just under a third (29%) citing it as the trait they want to be known for amongst their mates, coming in ahead of being independent (27%) or being smart (23%).

Drawing on the spirit of generosity, a huge 77% of those asked admitted they never turn up empty handed to their mates. While over the past year, a quarter of Aussies have repaid the favour five or times more, after receiving a shout from a mate.

The research also indicates that the main reason (33%) Aussies shout their mates is to show they care. In return, 73% of us like shouting a mate because it makes us feel immediately good about ourselves.

In the spirit of keeping the great Aussie tradition alive, KFC is taking a stance and letting people shout their mates, encouraging people across the country to reach out and shout a mate a bucket of KFC to enjoy together in their Home Cricket Ground (HCG). 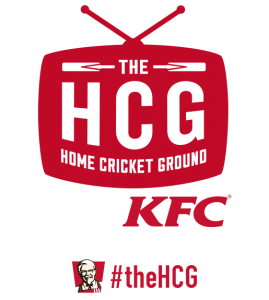 As part of this year’s HCG campaign, KFC is launching the ‘Shout a Mate’ promotion. For the last two weeks of the KFC Big Bash League (11 – 24 January), KFC will let its customers shout their mates a bucket of KFC every minute – that’s 1,440 per day and 20,160 buckets over the fortnight for Aussies to share with their mates in their HCGs.

Says Nikki Lawson, chief marketing and development officer, KFC: “We know that KFC is best enjoyed with friends and family, in your Home Cricket Ground. Throughout January, we’re giving every Aussie the chance to relish the generous spirit and pay forward some Finger Lickin’ Chicken. We can’t wait to see people enjoying themselves and treating their mates.”

Instructions on how to enter:
1. Take a photo of your KFC and upload to Twitter
2. Tag a mate you’d like to shout
3. Add the hashtag #theHCG
4. Winning mates can head into store and collect their KFC

KFC’s New Promotion Lets Aussies Shout a Mate a Bucket added by Newsroom on January 12, 2016
View all posts by Newsroom →