Kraft Heinz is tapping into the Star Wars craze with a marketing push that is set to be the biggest effort yet for a special shape of its iconic macaroni and cheese.

Kraft debuted Star Wars-shaped macaroni and cheese in January. Now, starting Oct. 19, it is putting a spotlight on its Star Wars product, as momentum builds leading up to the December release of “Star Wars: Episode VII-The Force Awakens.” 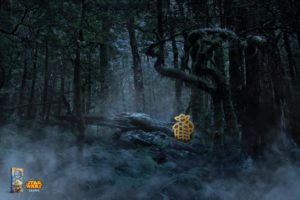 “We’re putting a lot more emphasis on this because the fit is just so good both in terms of the love for the brand and the intergenerational appeal,” said Scott Glenn, brand manager, Kraft macaroni and cheese.

The commercials, a :15 and a :30, play on the lengths some collectors go to in order to keep their Star Wars collectibles in good condition. A father shows his son a room filled with hundreds of pieces of Star Wars memorabilia, only to get nervous when the child touches a box from an old toy. The collection, of course, includes the limited-edition boxes of Kraft macaroni and cheese that feature Yoda, Darth Vader, R2D2 and C3PO.

“So, toys you can’t play with and mac & cheese you can’t eat? This is a room of lies,” the child says. 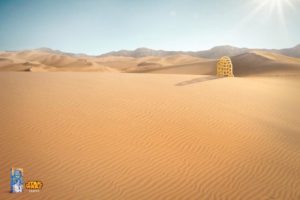 Along with the new commercials, which are set to run until Dec. 21, the push includes an interactive website where fans can look at some of the hundreds of Star Wars collectibles displayed in the spots. They were curated by Rancho Obi-Wan, an organization that holds the Guinness Record for the largest private Star Wars collection in the world. Rancho Obi-Wan, meanwhile, is taking the eight different boxes of Star Wars Kraft macaroni and cheese into its permanent collection.

Until now, Kraft’s Star Wars push focused on in-store, digital and print marketing for the Star Wars shapes, which include noodles meant to resemble Yoda, Darth Vader, R2D2, C3PO and an X-wing fighter. Star Wars, Teenage Mutant Ninja Turtles, SpongeBob SquarePants and Minions macaroni and cheese were all promoted together in print. Kraft has plans to sell the Star Wars products through 2016.

For Kraft, bringing out new shape varieties of its iconic macaroni and cheese can help drive attention to the brand, which faces more competition from other boxed noodle brands such as Annie’s. 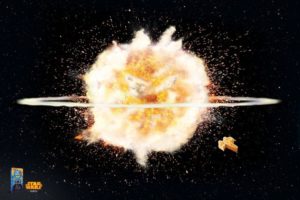 “It’s definitely a very critical part of our portfolio,” Mr. Glenn said of the shapes, adding that the brand has launched one to two new properties annually for more than 20 years.

Kraft did limited Star Wars-only promotional work before the big fall campaign push. It sponsored Star Wars radio on Pandora on May 4th, a fun day for Star Wars fans that plays on the line “May the force be with you.” That partnership with Pandora “really outperformed a lot of what we were expecting,” Mr. Glenn said.

Kraft also plans to place two-page ads featuring R2D2, Yoda or an X-wing fighter in issues of People that go on sale Dec. 22. Digital versions of those print ads can be downloaded. All of the work was handled by CP&B.