The Krystal Company, famous in the South for its iconic square burgers, has launched a new advertising campaign and new tagline designed to introduce the brand to new millennial consumers. The new slogan “Krystal. Stupid Good”, leverages the social media vernacular which generally means that something is so good that it’s stupid —hence “stupid good”.   The campaign was led by The Krystal Company’s new Advertising Agency of Record, 22squared. “Stupid Good” is the brand’s first foray towards reconnecting with younger consumers.

“‘Stupid Good’ celebrates our food that’s surprisingly awesome,” said Jason Abelkop, Chief Marketing Officer for The Krystal Company. “‘Stupid Good’ embraces experiences like a late night trip to Krystal, a customer-generated viral video, or those who seek adventure in their lives.  It represents a culture of defying expectations.  The campaign is designed to connect with consumers in the same way that they interact with the brand – as a complement to the fun they experience in their lives.” 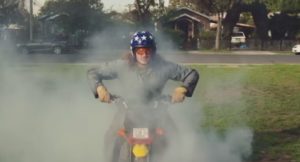 The campaign launched with the current advertising spot, called “Jump”, which pays homage to the culture that inspired ‘Stupid Good’ and features a backyard stunt gone wrong. ‘Stupid Good’ is also being activated across radio, digital and social media.

The 82-year-old hamburger chain, headquartered in Atlanta, is the oldest quick service restaurant chain in the South. Krystal, historically seen as a legacy brand by many in the South, seeks to reach a younger age group through the edginess and off-kilter humor of the ‘Stupid Good’ campaign. Main features of the initiative include highlighting the brand’s new and signature “craveable” products, value pricing and late-night drive-thru availabilities.

In addition to the irreverent ad campaign, Abelkop said the spirit of the campaign will come alive in product offerings and promotions.