By Newsroom on November 3, 2017Comments Off on Lidl UK’s new Christmas Advertising Campaign “Every Lidl Thing For Christmas”

Lidl UK will tonight premiere its much anticipated 2017 Christmas advertising campaign, which is designed to showcase the retailer’s seasonal range under the slogan ‘Every Lidl Thing For Christmas’.

Using insight from consumer research, the UK’s fastest growing grocery chain has created a multi-channel and multi-execution campaign to engage all the various festive personalities throughout the Christmas season. The creative concept identifies particular personas that people inhabit during Christmas; highlighting that whoever you are, and however you celebrate, Lidl has everything you could want.

Created by advertising agency TBWA\London, the first three executions of the new campaign make their debut tonight at 19:45 during Coronation Street, reaching an estimated seven million viewers across the UK.

The adverts, which feature a range of different executions, have a staggered launch running from 3rd November until Christmas and the run up to New Year in a total of eight 20” TVC spots. The fully integrated Christmas campaign will be rolled out across TV, Radio, Press, Online, Digital Outdoor, Social and POS.

Each individual execution of this campaign portrays modern, eclectic and relatable characters that are true to humorous British behaviours during the Christmas build up. We identify these behaviours in our campaign as ‘tribes’. The tribes include a Mince Pie Maverick, a Cavalier Carver, a Visiting Vegetarian, a Cheeseboard Champion, a Tipple Technician and a Pudding Perfectionist, celebrating all the quirks of Christmas dining.

Claire Farrant, Advertising & Marketing Director at Lidl UK, said: “Our campaign ‘Every Lidl Thing For Christmas’ has been developed to showcase the fantastic breadth of food and drink we have for the UK customer at Lidl. Each Christmas tribe is paired with a Lidl product, demonstrating how we are offering everything anybody could want for this Christmas, and always at unbeatable value.”

The campaign launch follows the successful Kantar Worldpanel results, released last month, which show Lidl growing as the UK’s fastest growing grocery chain in the three months to 8th October, with sales rising by 16% and an overall UK grocery market share of 5.2%. 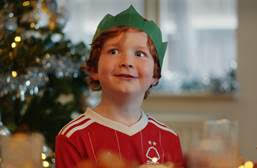 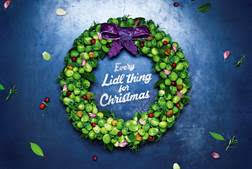