By Newsroom on May 17, 2016Comments Off on Marcel Desailly Leads Carlsberg Fan Revolution for UEFA Euro 2016

Marcel Desailly has teamed up with Carlsberg in their new campaign to ensure UEFA Euro 2016 becomes a tournament for the people.

The legendary former France defender and winner of UEFA Euro 2000 drew inspiration from his country’s rich history to help turn it into the Republic of Football this summer.

Desailly has taken the lead role in ‘La Revolution’ as Carlsberg makes certain that more fans than ever before get the chance to watch their favourite stars in action. And with thousands from across the continent converging on France this summer the aim is to make UEFA Euro 2016 an event for the masses. 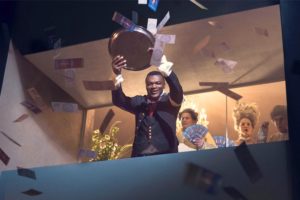 Official Beer of the UEFA Euro 2016, Carlsberg, will be giving away more tickets than ever before and to celebrate they have produced a stunning film heralding the unity and solidarity of the true football supporter.

If Carlsberg did revolutions, this would be it, as hero Desailly swipes tickets from under the noses of French aristocrats and shares them with his fellow fans.

The film, shot by agency 72andSunny Amsterdam, is a tongue-in-cheek nod to the French Revolution at the end of the 18th Century but this time it is the football supporters who are claiming UEFA Euro 2016 as their own with a football twist on the famous French motto, ‘Liberté, Egalité, Footballité!’

In true Carlsberg style, the action includes some hidden references to European football, including:

The film kicks off a UEFA Euro campaign that will see Carlsberg make the tournament better for fans by giving away more tickets than ever before. Supporters will also get their say by voting for the Carlsberg Man of the Match and for the all new official Carlsberg Goal of the Round and Goal of the Tournament, and have been given the chance to watch the semi-final then play on the same pitch the very next day. 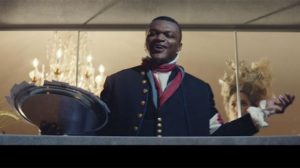 Richard Whitty, Senior Marketing Manager Football at Carlsberg, said: “We felt it was time for a revolution in the game, so this UEFA Euro 2016 we’ll be doing football better for fans. In the spirit of Liberté, Egalité, Footballité we’ll be giving away more tickets than ever before for this summer’s UEFA Euro and offering up opportunities to help more fans than ever before experience the tournament.”

On the pitch Desailly, who won UEFA Euro 2000 and the World Cup with France, believes his country have a chance of glory again this summer – but says it is Germany who are the team to beat.

Desailly said: “Germany are currently the aristocracy of world football, they are the world champions and they are the side other nations will want to overthrow. France have an excellent squad of young players and they could bring joy to the French public this summer if they click. They can win the tournament if they play well. I think England has revolutionised their team with a manager who knows his direction, and now have a generation of players in Dele Alli and Harry Kane that could march through the tournament.”

Marcel Desailly Leads Carlsberg Fan Revolution for UEFA Euro 2016 added by Newsroom on May 17, 2016
View all posts by Newsroom →