By Newsroom on May 28, 2013Comments Off on Marin French Cheese Launches a New Look 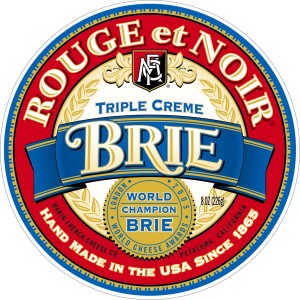 Following a year of upgrades to its historic creamery, Marin French Cheese will debut newly designed labels and packaging for its classic line of soft-ripened cheeses this month.

The new labels were developed following a year of market research to study consumer familiarity with styles of cheese and how soft cheeses fit into today’s food choices.

“We found that people want locally made, approachable cheese that they can enjoy and share with friends,” states Marie Giguere , General Manager. “The new design is fresh and bright — and reflects the uniquely Californian character of the cheese,” she adds.

Giguere said the design, which was created by Sonoma County-based Firefly Creative Company, not only modernizes the Marin French brand but more authentically reflects its deep connection to Northern California through an artful depiction of the company’s historic Hicks Valley Ranch location.

In addition to the redesign, Marin French Cheese has recently completed a series of high tech upgrades to its ripening rooms, which will monitor humidity and temperature. Philippe Chevrollier , who recently joined the company as business manager, says the upgrades make it easier to produce high quality, consistent cheese.

“We’re preserving a 150 year old tradition of cheesemaking while using the latest technological advancements to support that tradition,” says Chevrollier. He adds the new packaging will ensure cheeses arrive in the best condition. Marin French Cheese plans to expand distribution of its products nationally in Midwest and East Coast markets through 2014.

Along with ripening room upgrades, the company is responding to increased public interest in agritourism by diversifying and expanding the activities of its 700-acre Hicks Valley Ranch. 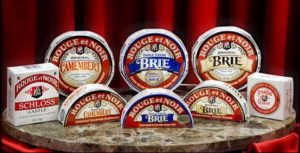 “People are seeking a personal connection to the artisan atmosphere and rural environment we offer here, in addition to knowledge of cheesemaking,” states Charles Willard , Marin French Project Engineer.

Marin French is in the process of developing pasture and crop lands on Hicks Valley Ranch, and 281 acres are now actively producing vegetables and feed for dairy cows. Beehives have recently been introduced and plans are afoot to reintroduce livestock.

“Our intention is for this land to become productive and vital to the community,” adds Willard.

In 2011 Marin French Cheese was purchased by Rians — the same French family of cheese producers who own Laura Chenel ‘s Chevre in neighboring Sonoma County. Under the new ownership, the company has been able to invest in an ambitious expansion, secure ongoing support of community projects, and enhance its stewardship of Hicks Valley Ranch.

Marin French Cheese Launches a New Look added by Newsroom on May 28, 2013
View all posts by Newsroom →