By Newsroom on November 25, 2013Comments Off on McCain Unveils Potato Scented Taxi 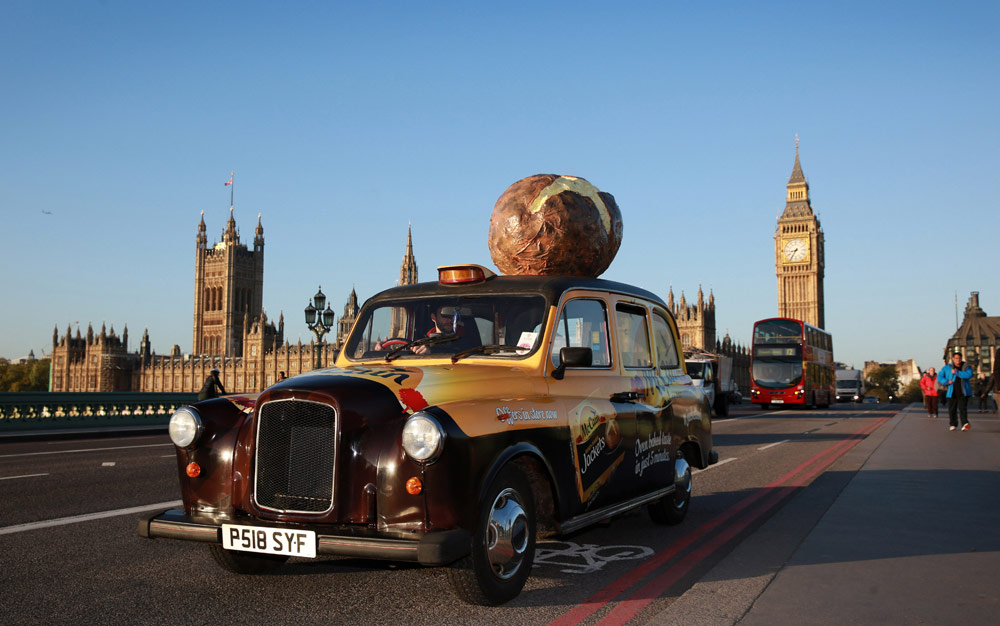 McCain has unveiled a potato scented taxi, which will offer free rides for five minutes – the time it takes to microwave a McCain Ready Baked Jackets potato.

The taxi will travel through London, Birmingham, Manchester, York, Leeds and Bristol, as part of a £8.4m marketing campaign. 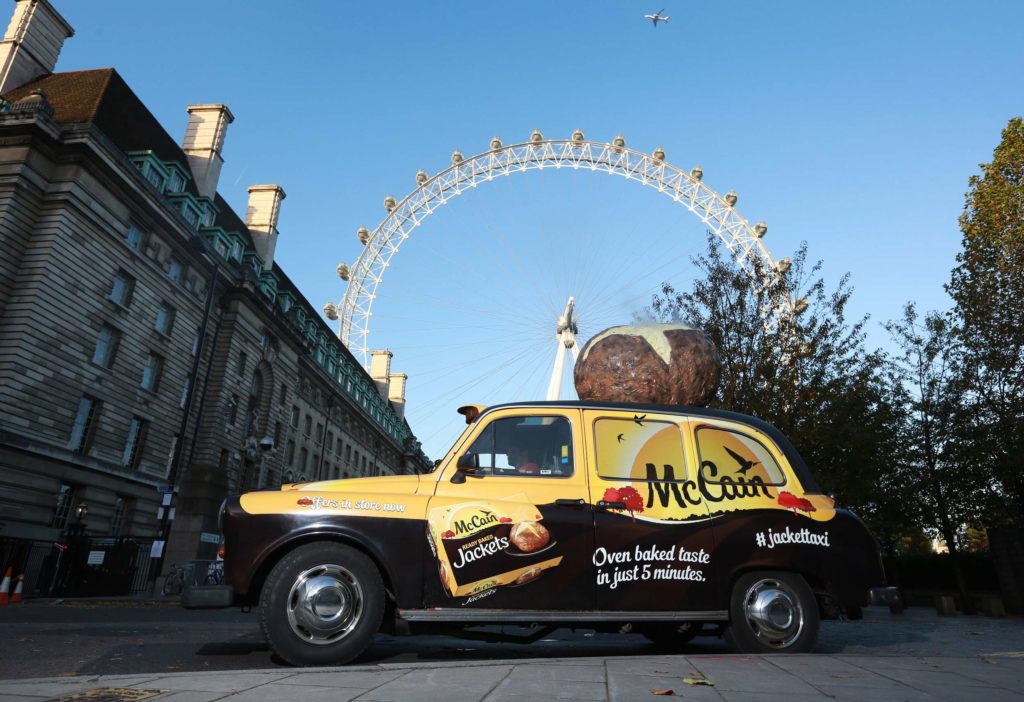 McCain Foods head of brand Mark Hodge said: “We’re bringing a whole new meaning to the idea of driving sales. The Jacket Taxi campaign will deliver huge consumer awareness and genuine stand-out for McCain Ready Baked Jackets, transporting them from the freezer aisles quite literally into the noses, minds and mouths of hungry shoppers across the country.”

The taxi took around 125 hours to create and has been adapted to house cooking facilities. 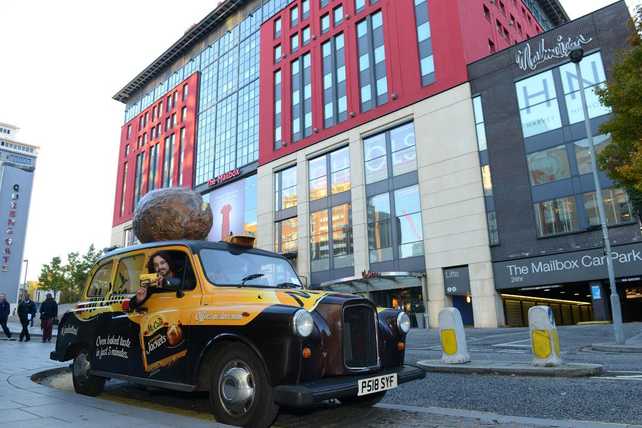