By Newsroom on April 7, 2017Comments Off on McDonald’s Australia Launches the First ‘Snaplications’ Lens via VML Sydney 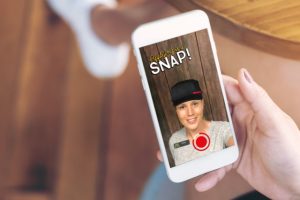 In a world-first, McDonald’s Australia via VML Sydney is launching ‘Snaplications’ – a one-of-a-kind Snapchat Lens that enables Snapchatters to apply for a job ‘in a snap’.

From Friday 7th April, Snapchat users will be able to utilise the branded Lens that depicts the Snapchatter in uniform as a McDonald’s crew member and prompts them to then send a 10-second video submission to the McDonald’s Snapchat account. Once submitted, ‘Snaplicants’ will have the opportunity to enter a more formal interview process – meaning with just a snap Aussies could be on their way to the start of an exciting career at McDonald’s.

In Australia, Snapchat has over 4 million daily users and roughly 60% are aged 18 – 34 years, highlighting the opportunity for McDonald’s – the biggest employer of millennials in Australia – to tap into the latest technology trends. Lenses are a creative, animated way for Snapchatters to express themselves. Lenses appear when a Snapchatter taps on their face in the app, offering them the ability to apply real-time visual effects and sounds to their selfies. 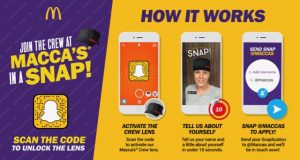 Mark Wheeler, director of digital, McDonald’s Australia said: “As a business, McDonald’s is constantly evolving its approach to digital technology, for both the customer and our employees. Our priority is on delivering more easy and enjoyable ways for people to interact with us so it made sense to engage with young people on a platform we know they are on. The ‘Snaplications’ Lens is about giving young people the opportunity to interact with us, on their terms.”

Along with the unique Lens, the digital campaign includes a series of video Snap Ads that reinforce the opportunities associated with a career at McDonald’s, with cross-platform media support from OMD and PR from Eleven. 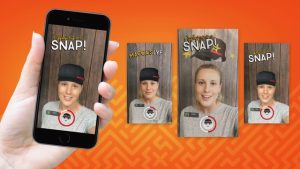 Aden Hepburn, managing director and ECD, VML Sydney said: “As an agency, we are always looking for new and creative ways to get more out of the tech that’s available to us. We’re extremely excited to be leading this innovative partnership between Macca’s and Snapchat and developing a new purpose for the platform.”

McDonald’s employs over 100,000 people across the country. Continuing to create on average more than 6,000 new jobs a year, McDonald’s is always looking at innovative ways to develop the workforce of tomorrow.

McDonald’s Australia Launches the First ‘Snaplications’ Lens via VML Sydney added by Newsroom on April 7, 2017
View all posts by Newsroom →