By Newsroom on March 9, 2017Comments Off on Molson Coors’ Staropramen and Pravha Open Pop-up “Spirit of Prague” Beer Hall in London 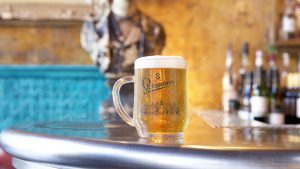 Staropramen, the number one Czech beer in the UK, and Pravha, the new lighter tasting pilsner from Staropramen, are opening the “Spirit of Prague” beer hall in London to celebrate their sponsorship of London Beer Week. Based at the Old Truman Brewery in Shoreditch from the 16th – 19th March, the pop-up bar will offer visitors the chance to enjoy a taste of Prague.

The beer hall will showcase the two contrasting sides of Prague for guests: the traditional side of the city reflecting Staropramen, and the modern, unexpected side of the city, reflecting Pravha. Resident beer experts will be on hand to offer guided tastings of the balanced, classic Czech pilsner, Staropramen, and the new lighter tasting pilsner, Pravha.

Rob Hollis, Head of World Beers Portfolio at Molson Coors, says: “In Prague there’s always something new and exciting going on underneath the surface of the city, so we are thrilled to bring the ‘Spirit of Prague’ to London for London Beer Week. Staropramen is a brand with a rich heritage from the heart of Prague, one of the most iconic locations for brewing high quality beer, so we’re excited to be able to showcase the story of this brand in London. We’re equally excited to give drinkers the chance to challenge their expectations of beers associated with the Czech Republic and try our newest brand Pravha, which is a lighter tasting pilsner inspired by the modern, unexpected side of the city.” 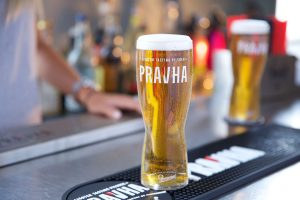 Staropramen has been brewed in Prague since 1869 using the finest Czech ingredients of the highest quality. A classic Czech pilsner (5% ABV), Staropramen is smooth to taste with a well-rounded, soft malty flavour.

Pravha is brewed with the passion and expertise of the Staropramen brewers, lighter in both taste and alcohol content (4% ABV) than traditional pilsners associated with the Czech Republic, this versatile beer is brewed with specially selected malts and Czech hops.

Staropramen can be found in supermarkets UK-wide, whilst both Staropramen and Pravha are available in bars and pubs throughout the UK.