By Newsroom on March 14, 2016Comments Off on Morrisons Commits to Rebrand in First Ad Campaign from Publicis

Morrisons has made its biggest commitment to date in recalibrating the brand among shoppers with an ad campaign featuring the new ‘tree’ logo and a renewed focus on highlighting its fresh produce made in-store.

It marks the first work to come out of Publicis London since the agency was appointed to the £73m account earlier in 2016.

The campaign airs in the UK on March 14, under the tagline ‘Morrisons Makes It’ to drive home the idea that it’s more than just a food supplier. Meanwhile, the focus on family traditions, along with individual Morrisons staff, has sought to position the retailer as personal to each shopper in comparison to large supermarkets which can feel very impersonal. 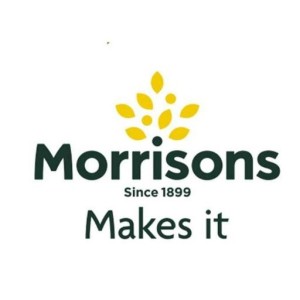 “As a business, we are food makers and shopkeepers, and when customers see food being made right there in front of them, they absolutely get that Morrisons is unique,” said Andy Atkinson, the retailer’s recently appointed marketing director.

The first ad ‘Chairs’ will be followed by three more 40-second TV ads due to run from 28 March to the end of April. The campaign includes press and radio, and will extend into digital and social.

Dave Monk, executive creative director, Publicis London added, “Morrison’s makes more food in-store than any other supermarket. Which is a brilliant starting point. The ‘Makes it’ campaign is all about the two things right at the heart of the brand, good food, and good honest people.”

Morrisons first revealed it will roll out its ‘Fresh Look’ store format and branding in 2015 – including the new tree-themed logo – but recently revealed that it will be rolling out 100 stores this year after reporting a respectable set of figures for the year to January 31.

Morrisons Commits to Rebrand in First Ad Campaign from Publicis added by Newsroom on March 14, 2016
View all posts by Newsroom →