By Newsroom on February 24, 2017Comments Off on Mount Gay Releases Limited-Edition Batch of its Rarest Rum: 1703 Master Select 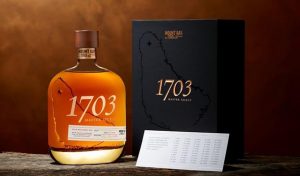 Mount Gay Distilleries, the makers of one of the world’s oldest rum, announced the release of the latest limited-edition batch of its rarest and most revered rum: 1703 Master Select.

The 1703 Master Select blend features a blend of copper column and copper pot rums from Mount Gay’s oldest reserves – ranging from 10 to 30 year old rums – created and hand-picked by Master Blender Allen Smith. Smith has been the talented innovator of some of Mount Gay’s newest and most popular rums, including Mount Gay Black Barrel, Mount Gay XO Cask Strength and Vol.1 and Vol.2 of the Origin Series Collection.

Due to overwhelming demand and the scarcity of Mount Gay’s most mature casks, the company releases just one batch of 1703 Master Select annually. Approximately 12,000 bottles will be released worldwide as part of this year’s small batch, which was selected, bottled and labeled individually by hand. This year’s batch, will also debut in a brand new premium bottle that will proudly feature the rum’s heritage year and details on the exact cask it matured. 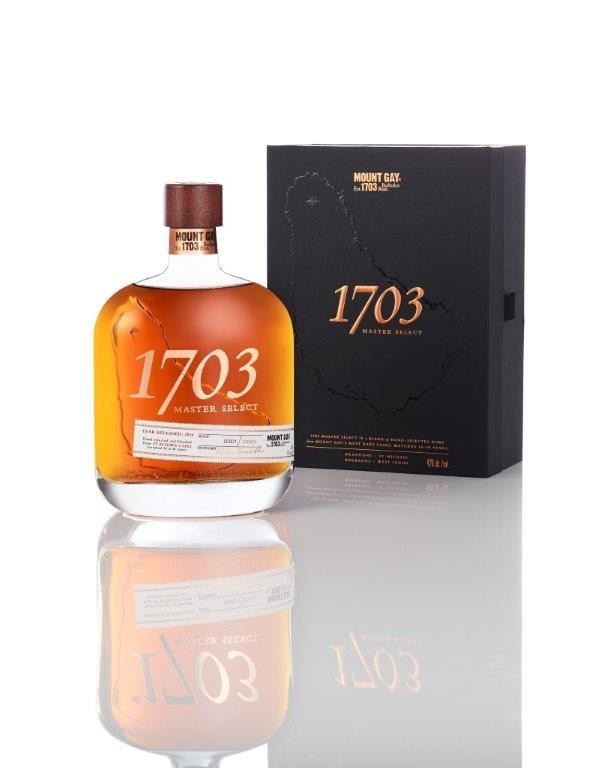 “The most important ingredient in 1703 Master Select is time,” said Allen Smith, Mount Gay Master Blender. “We spend years carefully monitoring our rarest barrels to achieve a perfect balance of flavours. It may take time, but when it all comes together, the taste is worth the wait, but once it’s gone it’s gone and you have to wait until the following year. So we recommended grabbing it as soon as you see it!”

Since its launch in 2009, the 1703 Master Select aromatic profile has been heralded by rum experts for its elegance and complexity, delivered in a full body and smooth finish. The name pays tribute to Mount Gay’s legal deed, dated February 20, 1703, which confirms the existence of a “Pot Still House” at Mount Gay’s distillery in Barbados, establishing Mount Gay as the world’s oldest rum producer.

1703 Master Select will be available at select premium liquor and spirits stores in more than 85 markets including the United States, Barbados, United Kingdom, Canada, Australia, New Zealand, France and many duty free outlets starting this month in celebration of the brand’s 314th birthday. Offered in 750ml or 700ml bottles dependent on country at 43 percent alcohol by volume (86 proof), 1703 Master Select will sell for a suggested retail price of $150.