Nature Valley Serves up its Biggest Ever Grassroots Tennis Campaign

By Newsroom on June 21, 2018Comments Off on Nature Valley Serves up its Biggest Ever Grassroots Tennis Campaign

For the second year running, Nature Valley, the official snack bar of the Lawn Tennis Association (LTA), has teamed up with creative agency Space for ‘The Court is Yours’ campaign, to call on the British public to pick up a racket and get playing.

Designed to encourage people of all ages and abilities to get out and play tennis this summer, it follows last year’s successful campaign which resulted in Nature Valley becoming the No. 1 protein bar brand, and the fastest growing. This year’s campaign will focus on supporting 150,000 people to get out in nature and play tennis, proactively demonstrating how you can play wherever and whenever. 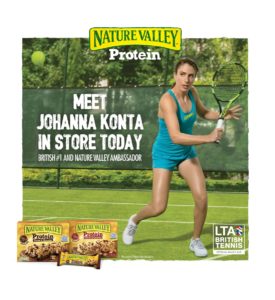 To provide inspiration and share their top tennis tips, Nature Valley brand ambassador and British no. 1 Johanna Konta will be joined by new brand ambassador Great Britain Davis Cup captain Leon Smith. Together, they will encourage people to make their own court wherever they are, with whatever they have at hand, whether using a bench as a net creating a court space between two trees.

The campaign, created by Space, is aiming for a reach of over 500m, tripling last year’s through an integrated approach across shopper, digital, social and PR.

“I love the idea of Nature Valley getting everyone active and sharing in a passion for this incredible sport,” says Konta. “Whether you’re a beginner or world beater, as long as you have a racket and tennis balls, you’re all set.”

Davis Cup captain Leon Smith says: “Tennis has something for everyone. It’s great that Nature Valley is helping to facilitate play at any age and any ability, all year round.”

To bolster its grassroots credentials and get more people playing at tennis venues as well as on improvised courts, for the first time Nature Valley is also supporting the LTA’s Great British Tennis Weekend on 21-22 July, a country-wide initiative to help tennis clubs and venues attract people from the local community to come and try their local tennis facilities and have a go at the sport.

In partnership with four clubs in Eastbourne, Birmingham, Nottingham and south west London, the weekend of play aims to make tennis more accessible for families across the country, encouraging them to visit their local courts and have fun with tennis. 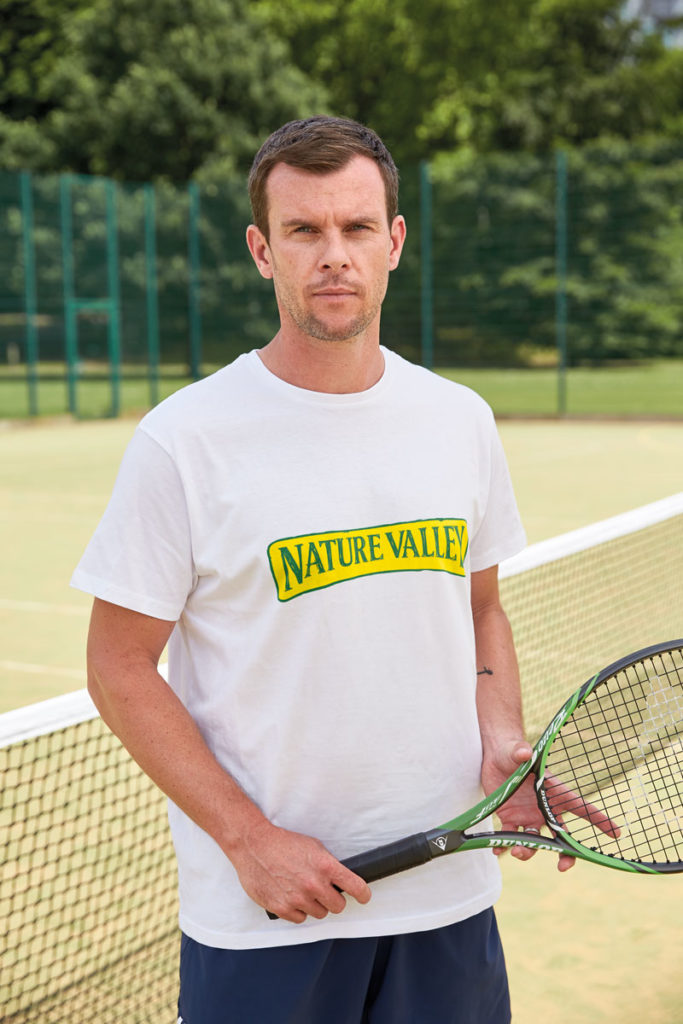 The clubs will be holding a range of free activities to demonstrate the many ways to get into tennis, from mini tennis for youngsters, opportunities for families to play together, and showcasing fitness sessions such as Cardio Tennis.

The Nature Valley activity at the London club will also welcome Johanna to the event, where she will play with members of the public and share her top tennis tips. To further support tennis in British, tennis fans will be able to keep their energy levels up by trying a variety of Nature Valley bars with more than 50,000 bars given away during the summer.

“Our ambition is for everyone in Britain to include a Nature Valley bar in their tennis kit bag. We are delighted to renew our partnership with Johanna Konta and have Leon Smith join the Nature Valley family to keep converting inspiration to facilitation,” comments Arjoon Bose, marketing head at Nature Valley.

“We are excited about continuing our journey with British Tennis by working with both our ambassadors and helping make tennis more accessible to people across the country, whether through creating their own improvised courts or inspiring them to have a go through activity during the Great British Tennis Weekend and offering them a chance to play with the pros, we want to demonstrate the power of sport to connect with our audience and show that tennis can be enjoyed by everyone, anywhere.”

Last year’s campaign saw total brand sales grow +19% vs. LY, and generated the brand’s highest ever penetration at 15.2% – contributing 70% of total segment growth in the category. It generated a 76% boom in sales for their protein line, resulting in record share and penetration.

This year’s campaign will also include bespoke initiatives with Tesco and Sainsbury’s, giving shoppers the chance to win equipment and skills such as a coaching session or signed tennis kit from Johanna, and professional Babolat rackets and balls. The British no. 1 will also appear in person at supermarkets in Birmingham, Eastbourne and Nottingham. 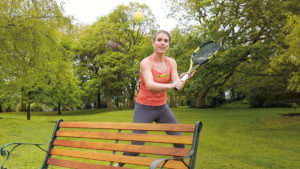 David Atkinson, managing partner at Space, adds; “The Court is Yours is an inspirational campaign with a true purpose. It’s a long-term and powerful platform designed to create real change for good that we can evolve year on year to align with Nature Valley’s ambitions to encourage more people to get involved with the sport by providing inspiration and practical support.”

Leon Smith has been the Great Britain Davis Cup captain since 2010, leading the team to Davis Cup victory in 2015. He coached Andy Murray during his early years and has been devoted to developing and growing the new generation of British tennis talent in his Davis Cup capacity – making him the perfect ambassador for Nature Valley and ‘The Court is Yours’.

Nature Valley Serves up its Biggest Ever Grassroots Tennis Campaign added by Newsroom on June 21, 2018
View all posts by Newsroom →