By Newsroom on January 16, 2014Comments Off on Nestlé UK Launches Reminiscence Pack 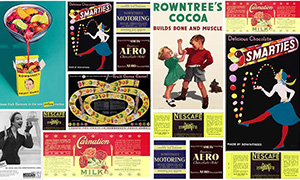 Nestlé UK & Ireland has created a “reminiscence pack” featuring wrappers and packaging from its confectionery archive to help trigger happy recollections among those with dementia or memory problems.

The project was sparked by a flurry of queries from care groups convinced that seeing such packaging may help revive positive recollections from the long-term memory.

The pack was produced with advice from the UK-based Alzheimer’s Society, which leads the fight against dementia in the UK. It is currently being trialled by the Society in two support groups that run activities for people with dementia and their carers.

The pack includes wrappers from decades past, among them a 1950s Aero chocolate bar label, enabling people to transform modern products into vintage versions.

Alison Cook, of Alzheimer’s Society, said using familiar objects from the past to help those with dementia remember could be a powerful tool.

“Even something as simple as an old sweet wrapper can bring back vivid memories from a happy time.

“This activity helps carers and loved ones to engage with people with dementia in a positive way, and has the potential to improve the quality of life for the 800,000 living with dementia in the UK,” she said.

Slice of the Past 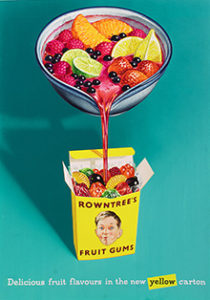 Old versions of familiar UK brands, such as the Rowntree’s Dairy Box have been brought to life again, as well as some versions and products – such as a special Motoring Chocolate bar, featuring fruit and nuts, and Chocolate Pie, an aerated malted milk chocolate and caramel product – which no longer exist.

There are also tin labels, posters, photographs, chocolate boxes and one of the earliest Rowntree’s Fruit Gums boxes, enabling carers and family members to recreate a slice of the past.

The images are taken from the Nestlé UK & Ireland Archive, kept in a purpose-built facility at Nestlé’s York factory, where items such as works of art, images, films, products and packaging are preserved in a climate and humidity controlled conditions.

A History in Chocolate

Thanks to the dedicated work of generations of archivists and the generosity of employees and members of the public, Nestlé UK & Ireland has built up a large archive featuring some of the world’s most fondly-remembered brands.

Among these are many brands originally made by UK confectionery company Rowntree’s, which was acquired by Nestlé in 1988. Rowntree’s began as a small drinking cocoa producer in the city of York in the north of England in the 19th Century.