By Newsroom on March 20, 2017Comments Off on New Rasna Insta Ad Claims that Five Million Years of Human Evolution was a Waste of Time

Conceptualised by Scarecrow Communications and directed by Vijay Veermal, the ad has been produced by Chrome Pictures. 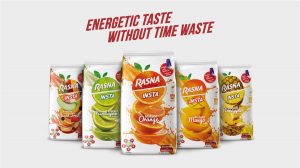 The film, targeted towards kids and mothers, shows how kids today get tired after a long day in school, and how they crave for instant refreshment without any wastage of time. The same has been highlighted in a quirky and interesting manner, through this film.

It starts with a stereotypical class teacher teaching his students about how it took 5 million years for humans to reach from the hunched ape civilization to the modern generation. A student gets curious and asks the teacher that why did it take them that long to stand straight, and questions if they didn’t have Rasna Insta that time. The whole class bursts out laughing at this point.

The kid reaches home along with his friend, where the mother tells them that to stand straight they don’t need 5 million years, but only 5 seconds, followed by the product window where we show how Rasna Insta energises you in 5 seconds. The product window shows the evolution chart, but with the student this time. 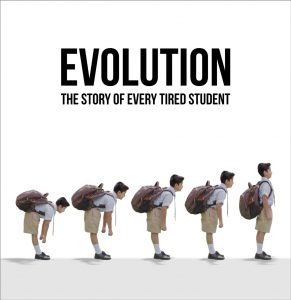 The film is accentuated with a retro-styled quirky song titled ‘Thake thake se bacche’ which plays as the students are leaving school and all of them are hunched with the burden of books, making them look like the hunched apes. It reminds you of the famous choreography walk shown in Pink Floyd’s ‘Another brick in the wall’ music video.

The brand’s promise is highlighted with its tagline, ‘Energetic taste without time waste’.

Manish Bhatt, Founder Director, Scarecrow Communications says, “When the brand proposition says Energetic taste without time waste, so should its communication be. So we decided to take a dig on Darwin’s Theory of Human Evolution and give it a quirky spin-off, that resonates with the young generation of today.”

Mr. Piruz Khambatta, Chairman and Managing Director, Rasna added: “We always improvise on our products, keeping in mind the interest of our consumers. Rasna is totally committed to provide healthy fruit drink at a very affordable price to its consumers and that is why Rasna Insta is the fruitiest & most fortified beverage with 21 vitamins and minerals. A drink that can be made in only 5 seconds giving instant energy.”

New Rasna Insta Ad Claims that Five Million Years of Human Evolution was a Waste of Time added by Newsroom on March 20, 2017
View all posts by Newsroom →