By Newsroom on April 10, 2017Comments Off on New Three Olives Campaign Sets Out to “Find Otherness” in a Category Marked by Sameness 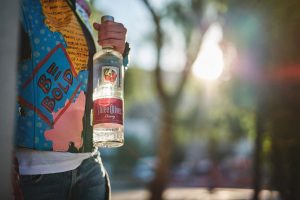 The campaign launches across video, native and social platforms with a 30-second spot and five vignettes highlighting the stories of individuals who embrace new perspectives and cast boring to the wind. The campaign will continue throughout the year with new partnerships, events and product offerings.

Three Olives collaborated with the duo behind Van Orton Design, whose signature kaleidoscopic, neon-coloured aesthetic brings “Find Otherness” to life in the perspective-shifting new creative. The duo is featured in the first vignette, entitled “Find Inspiration.” Since the brothers never reveal their faces in public, so the two-minute video is filmed from their perspective, singularly capturing what they see that brings inspiration to their art. 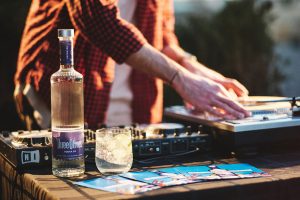 “With more than 20 unique flavors, Three Olives continues to stand out from the vodka pack with a campaign that celebrates others like us, who appreciate the excitement that comes from embracing new perspectives.”

“The creative concept for ‘Find Otherness’ boldly, but inclusively, celebrates individuality,” said Ken Matsubara, Creative Director at The VIA Agency, who created the campaign with Three Olives. “For our work we chose artists who have a unique point of view on fashion, music, art and other media. They were also asked to participate based on their talent and passion, not the size of their following, because that’s how you get ideas that are both unique and universal. Three Olives isn’t only about setting trends, but also about sharing them.”

Three Olives will partner with the eclectic and talented singer-songwriter Halsey to kick off “Find Otherness” on the road to the most anticipated music festival of the year in Indio, California. 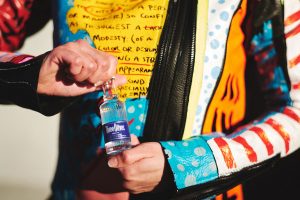 “Three Olives will partner with GRAMMY nominated singer-songwriter, Halsey, to kick off ‘Find Otherness’ on the road to the most anticipated music festival of the year in Indio, California. Media and influencers will “Find Otherness” at a variety of desert hotspots, culminating at a first-of-its-kind “Three Olives Thrift Shop,” with special guest Halsey, who will be sharing her personal style tips, details about her upcoming album “hopeless fountain kingdom,” along with dressing guests for the weekend long festival of events.”

Later in the summer of 2017, Three Olives will introduce two new flavours that will be accompanied by an additional online vignette profiling fine-art-bodypainter Johannes Stötter.

New Three Olives Campaign Sets Out to “Find Otherness” in a Category Marked by Sameness added by Newsroom on April 10, 2017
View all posts by Newsroom →