By Newsroom on July 11, 2016Comments Off on Oreo Launches New Flavour with Wonder Vault Installation in LA

With the release of Oreo’s newest flavour from the Wonder Vault – Choco Chip – the creative team at 360i conceived a three-part campaign connecting Choco Chip cookies with the feeling of home and continuing Oreo’s Wonder Vault magic. 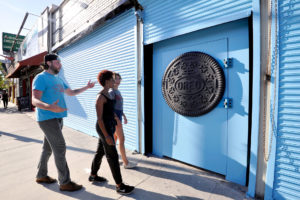 The new cookie is a combination of two childhood classics: Oreo and chocolate chip. Together they become a beacon of home, evoking simple childhood memories of wonder and ease.

Ever since the Oreo Wonder Vault was revealed last January, 360i has been helping Oreo’s fans immerse themselves in the magical worlds, stored in the Vault, where all Oreo flavours are dreamed up and stored. And now, with the launch of Choco Chip flavoured Oreo cookies, 360i is helping Oreo bring the latest Wonder Vault dream world to life through the feeling of home. 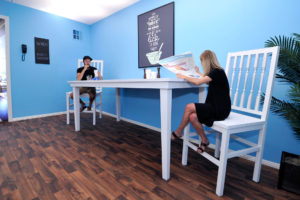 The newest flavour will be announced in a three-pronged approach. First the launch video, which will be running on digital and social, takes fans on an emotional journey back to their childhood.

Secondly, the campaign is hosting a sweepstakes to help keep fans connected to their home-away-from-home. This will be live for one week and running through a conversational ad unit on Twitter. This will allow users to click a button containing the hashtag, personalize a pre-populated tweet, and tweet the video and their response out to their followers for a chance to win a set of Oreo Cookie Jars and two packs of Choco Chip flavoured Oreo cookies – one for their home, and one for their home-away-from-home. 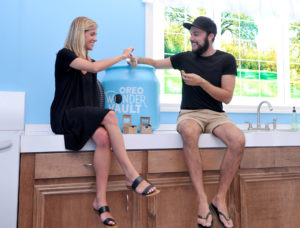 Lastly, the team collaborated with Weber Shandwick and Momentum to bring the new flavour world to life with a second pop-up Wonder Vault installation, this time in Los Angeles.

Built like a familial kitchen scene, the activation invites fans to enter the world of Choco Chip, where perspective is shifted and everything is scaled to help recall the feeling of childhood wonder and exploration. The campaign will beta test Twitter Moments to promote the flavour release and OOH experience.

Users will be able to swipe through tweets in a storytelling manner and may see their own content, creating a more robust and rich story. Additionally, 360i has created two geo-targeted Snapchat filters, one within the actual Wonder Vault and another within a mile radius.

Oreo Launches New Flavour with Wonder Vault Installation in LA added by Newsroom on July 11, 2016
View all posts by Newsroom →