Original Light Beer Returns To Original Look On All Fronts

By Newsroom on October 1, 2014Comments Off on Original Light Beer Returns To Original Look On All Fronts 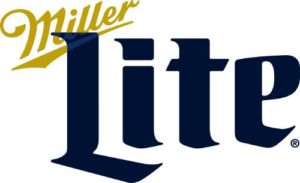 As the saying goes, there’s a first for everything; and thank goodness for that. Back in 1975, Miller Lite revolutionized the entire beer category, becoming the first successful low-calorie beer and creating what has become America’s largest beer segment: light beer. Today, that category accounts for more than 35 percent of all U.S. beer sales.

This fall, Miller Lite is returning to that similar original look on all packaging and across all marketing materials as part of its effort to remind beer drinkers that it is the only brand brewed to be a great tasting beer that just so happens to also be less filling.

“The decision to bring back our original look was an important one for this brand,” said Miller Lite senior marketing director Ryan Reis. “It’s authentic, proud and highlights what has always been true about Miller Lite since it was first brewed. It’s a high-quality beer worthy of those moments with friends.”

Early advertising from the brand told people Miller Lite was “everything you wanted in a beer, and less,” and that promise remains alive and well today. Miller Lite has won seven medals at the annual Great American Beer Festival and biennial World Beer Cup competitions, including five gold medals.

The words ‘A Fine Pilsner Beer’ are prominently displayed, as that is the simple end goal of each batch of Miller Lite, which uses a unique brewing process to attain its crisp pilsner flavor and aroma. Designed to give Miller Lite more real beer taste, hops are added at three distinct times throughout brewing. 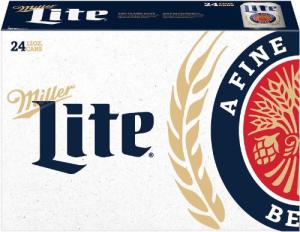 “What we learned through this process was that our history means something special to consumers,” said Reis. “We’re immensely proud of what Miller Lite stands for and the new direction reminds people of not only where we came from, but where we’re going as a brand.”

Helping to tell that story are changes on all packaging formats across the portfolio. From 12-packs to aluminum pints, consumers will now find the original light beer inside new white-and-navy secondary packaging featuring an emphasis on the brand’s new logo, bolder cues of barley and hops, and language that defines the brand’s special brewing process. It reinforces the purpose behind the beer, to have great taste, color and aroma in a pilsner beer, with only 96 calories. 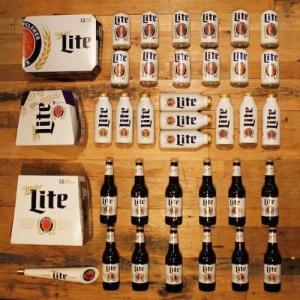 Changes will go far beyond just packaging. The original look will make its way into bars across the country, not only courtesy of new delivery trucks donning the new look, but via American-made wooden tap handles, new “Lite On Tap” neons and other point-of-sale materials.

Furthermore, Brad Keselowski, the 2012 NASCAR Sprint Cup champ, is bringing the new look to victory lane as he and his team push for another championship in the 2014 Chase.

Original Light Beer Returns To Original Look On All Fronts added by Newsroom on October 1, 2014
View all posts by Newsroom →