By Newsroom on October 23, 2012Comments Off on PepsiCo and Suntory Agree to Form Strategic Beverage Alliance in Vietnam

PepsiCo, Inc., one of the world’s largest food and beverage companies, and Suntory Holdings Limited (Suntory), a global beverage and wellness company based in Japan, today announced an agreement to form a strategic alliance in Vietnam.

Under the terms of the agreement, Suntory will acquire a 51 percent stake in PepsiCo’s Vietnam beverage business, while PepsiCo will be a 49 percent shareholder. Suntory and PepsiCo will hold key roles in the management team of the new joint venture, which will serve as the bottler for both companies in Vietnam.

The new alliance is expected to build on PepsiCo’s existing position in Vietnam and to create new growth opportunities for PepsiCo and Suntory in the market. PepsiCo is one of the leading players in Vietnam’s liquid refreshment beverage space, and the alliance is designed to combine the capabilities of both companies in ways that are mutually beneficial to their businesses, customers and consumers.

PepsiCo will retain marketing and innovation responsibilities for its portfolio of iconic beverage brands in Vietnam, which include Pepsi-Cola, 7-UP, Sting, Mirinda, Tropicana Twister, Lipton and Aquafina. Suntory brings to the strategic alliance strong brands and a long history of successfully developing beverages for the Asia market.

PepsiCo and Suntory have an established record of successfully working together in other beverage markets, including the United States, Japan and New Zealand.

Henry Park, CEO of Suntory Beverage & Food Asia Pte. Ltd., a wholly owned subsidiary of Suntory Holdings Limited, said: “Suntory has been actively expanding its business foundation to consolidate its position in growing South-East Asian markets. This alliance is one of our strategic initiatives to pursue further growth in the region. Suntory is committed to the Vietnam business together with PepsiCo, our partner of more than 30 years, which has already established a leading position in Vietnam.”

Umran Beba, President, PepsiCo Asia Pacific said: “Vietnam is a highly attractive growth market where PepsiCo is well positioned in the food and beverage marketplace. We’re focused on expanding our food and beverage business in Vietnam through continued investment across our portfolio, and our beverage alliance with Suntory is an important part of our strategy to position PepsiCo for sustainable long-term growth in the market. Suntory is a world-class company and proven PepsiCo partner, and we believe their expertise and capabilities will drive the continued success of our Vietnam beverage business.”

Since entering the market in 1994, PepsiCo has undertaken an investment program of more than $500 million and now has five beverage manufacturing plants in Vietnam, a high priority market in PepsiCo’s aggressive emerging and developing markets growth plans. PepsiCo nearly tripled its business in emerging and developing markets from $8 billion in annual revenue in 2006 to $22 billion in 2011.

Suntory has accelerated its global strategy and expanded its beverage business in Southeast Asia following the establishment of Suntory Beverage & Food Asia Pte. Ltd. in Singapore. Expansion into Vietnam is a key part of Suntory’s long-range plans.

This transaction is subject to the completion of legal processes. 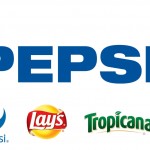 PepsiCo and Suntory Agree to Form Strategic Beverage Alliance in Vietnam added by Newsroom on October 23, 2012
View all posts by Newsroom →