PepsiCo Announces Targeted Investment of ₹33,000 Crores in India by 2020

By Newsroom on November 12, 2013Comments Off on PepsiCo Announces Targeted Investment of ₹33,000 Crores in India by 2020

PepsiCo, one of the largest food and beverage businesses in India, announced plans for the company and its partners to invest ₹33,000 crores ($5.5 billion) in India by 2020.

Making the announcement, PepsiCo Chairman and Chief Executive Officer Indra Nooyi said: “India is a country with huge potential and it remains an attractive, high-priority market for PepsiCo. We’ve built a highly successful business in India over the course of many years, and we believe we’ve only scratched the surface of the long-term growth opportunities that exist for PepsiCo and our partners. This investment is PepsiCo’s vote of confidence in India’s future and it represents our deep commitment to this great country.” 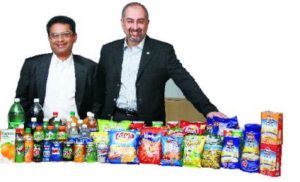 “Most importantly, our investments will be aligned with India’s interests,” Nooyi added. “We will be guided by Performance with Purpose, PepsiCo’s vision for building a profitable and sustainable 21st century corporation that is a good investment for our shareholders, a good environment for our employees, a good citizen in our communities and a good steward of our planet’s resources. We believe Performance with Purpose will drive sustained value for PepsiCo and positively contribute to India’s development well into the future.”

Since opening its first operations in India in 1990, PepsiCo is estimated to have created opportunities for more than 200,000 people in the country through direct or indirect employment and agricultural collaborations.  It is estimated that the strategic initiative announced today will add more than 100,000 new employment opportunities, as well as strengthen India as a center of talent development for PepsiCo.

In addition, as part of this strategic initiative, PepsiCo and its partners plan to implement state-of-the-art technologies to further reduce energy, packaging and water use in their operations. PepsiCo also intends to expand water recharge programs to sustain positive water balance. 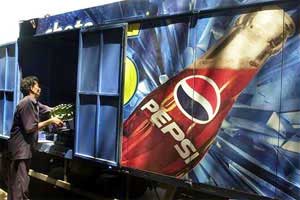 The PepsiCo India system has made significant progress in recent years to align its business interests with those of India. For example:

PepsiCo Announces Targeted Investment of ₹33,000 Crores in India by 2020 added by Newsroom on November 12, 2013
View all posts by Newsroom →